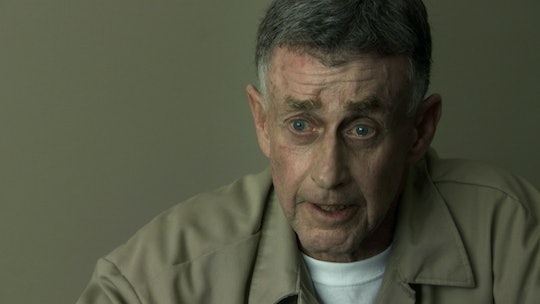 Michael Peterson's Life After 'The Staircase' Isn't Going To Be Easy

At a time when true crime is easily one of the more popular TV genres, Netflix, home of the ever popular Making a Murderer series, is now set to premiere The Staircase on June 8. It's the story of novelist Michael Peterson and the trial that followed his arrest for the murder of his second wife, Kathleen Peterson. But since it's been some time since the 2001 alleged crime and initial trial in 2003, where is Michael Peterson now?

The novelist spent the past almost eight years in prison after a jury found him guilty of murdering his wife, but in 2011, he was released and since then he’s been living a quiet life in Durham, North Carolina, the same city he once lived with his second wife at the time of her death. According to CBS News, Peterson now lives in a 1,200 square foot condo, a big change from the mansion he once shared with his late wife, but as he told the news outlet, it’s a life he’s happy to now live. His plans, he said, are to spend the time he lost behind bars with family and write a new book. (Romper reached out to Michael Peterson's representatives and Netflix for additional statements.)

"Right now, I can live with this," Peterson said of the result of his hearing in February 2017. "It’s not fair, It’s not right. I’m innocent. This deal is not a good one for me... It is a great deal for the district attorney."

Despite being found guilty of murder, in 2011, Peterson was granted another trial which was set to take place in 2017. Instead of the trial actually happening, a judge reduced the novelist’s charges to manslaughter thanks to entering an Alford plea, which essentially states that while he doesn't admit to the crime, he does admit that the state as sufficient evidence to charge him. As a result, he was re-sentenced to time served and released from prison at that time.

Because of all of the twists and turns that developed in the case, from the death itself having multiple theories, to the news of another woman from peterson’s past dying in a similar fashion, The Staircase originally premiered on TV in 2004 with eight episodes detailing the case and trial. The same film crew began following Peterson yet again to make the multi-part docuseries for Netflix that will air on June 8 and follow the events that transpired with his 2017 plea deal and the aftermath.

At the time of his wife’s death, Peterson had been an accomplished author and she’d been a prominent fixture in their community as a businesses executive and engineer, so needless to say, they were an affluent couple. After her death, however, and during Peterson’s time behind bars, he was forced to file for bankruptcy. In fact, when his step-daughter Caitlin Atwater Clark attempted to sue him for $25 million in a wrongful death lawsuit, he specifically told his lawyer that he had no money at all. That being said, it's unclear how Peterson is now making a living or if he has some kind of income. However, it might be his hopes of writing a new book that will give him a place in society once again.

Although Peterson is out of prison and was granted a manslaughter charge as opposed to the original murder charge that he served nearly eight years in prison for, he maintains his innocence in all matters related to the case. On the flip-side, Peterson’s former sister-in-law, Candace Zamperini, said during the hearing in 2017 that she’ll always see him responsible for her sister’s death. "Michael Peterson, you are pleading guilty to voluntary manslaughter," Zamperini said, according to local news sources. "You will be treated as guilty for murdering my sister Kathleen, and you will be a convicted felon forever."

Despite her words and the fact that Peterson will be considered a convicted felon for the rest of his life, he apparently plans on trying to live out the rest of his years at home in North Carolina.