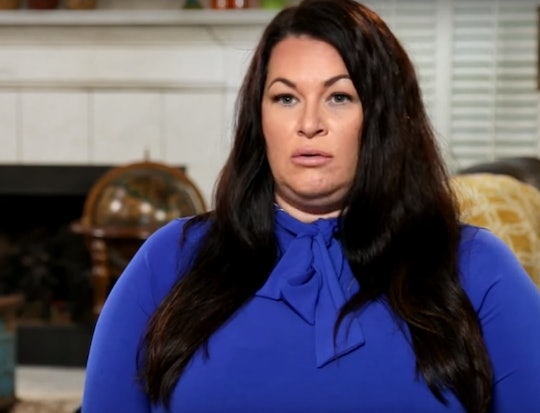 It isn't unusual on 90 Day Fiancé for some of the marriages to be more short-lived than others, if only because some couples didn't take enough time to get to know one another before agreeing to get hitched. I guess that’s the whole point of the TLC reality show and its spin-off, 90 Day Fiancé: Happily Ever After?, but Molly Hopkins and her then-husband Luis Mendez split not long after they were officially married. So where is Molly now after 90 Day Fiancé? Toward the end of Season 5 of Happily Ever After?, her relationship with Luis began to deteriorate. And by the end of the season, viewers saw the end of their six month-long marriage.

The divorce documents, which Luis posted on Instagram but has since deleted, included details about Molly allegedly stipulating that he return a cell phone upon divorce, which prompted him to claim that there had been some domestic violence in their marriage. The claims have not yet been supported by any solid evidence and Molly hasn't been charged with any crimes against her now ex-husband. Frankly, since their divorce, it seems like she’s been living her best life post-Luis.

Not only did Molly confirm on the 90 Day Fiancé: Happily Ever After? tell-all special that she’s moved on, but she also revealed that she’s been seeing someone. She really seems to have put Luis behind her as much as possible.

As viewers saw on Happily Ever After?, her strained relationship with Luis also put a ton of strain on her relationship with her daughter. Now that she’s officially divorced and apparently seeing someone new, Molly has moved on to hopefully bigger and better things. Of course this could mean that her time on the show has ended since she’s no longer part of a 90 Day Fiancé couple, but maybe that’s for the best. Unsurprisingly, Luis didn't attend the taping of the tell-all.

Aside from moving on romantically, Molly has been focusing much more on herself and her own happiness rather than on any men in her life who may not be the best thing for her. Plenty of fans have noticed her recent weight loss via social media posts, which she’s credited to weight loss shakes and workout plans. She’s also still focused on her lingerie line, LiviRae Lingerie that she’s worked hard on over the past few years. Some might find it hard to pick back up and get back to life after such a hard break-up and sometimes tumultuous relationship, especially on TV, but Molly has managed to better herself and her life already.

Back in April ahead of the Season 5 Happily Ever After? premiere, Molly posted a photo on Instagram with a caption that included "clearing the negative space," which I’m guessing referred to the official end of her relationship and marriage with Luis. Whether or not Molly pops back up on another season at some point in the future, she’s definitely one of the more memorable stars from both shows — watching her story has been a wild ride.