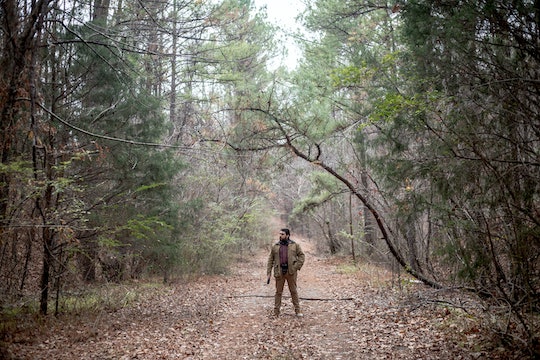 This Is The 'S-Town' Everyone's Talking About

"John B. McLemore lives in Sh--town, Alabama," reads the subject line of the 2013 email that kicked off the years-long reporting effort that would eventually become the podcast S-Town. S-Town, of course, isn't the actual name of the tiny blip of an Alabama town that McLemore himself was talking about when he contacted This American Life senior producer Brian Reed with his request that he investigate allegations of police corruption and rumors of a murder cover-up there. That would be Woodstock, where McLemore had lived his entire life — a town he despised with such a fervor that, eventually, Reed did opt to go check it out for himself. And, over the course of the seven S-Town installments released March 28, Woodstock, Alabama is where one mystery morphs into another.

Before members of the elite NPR podcasting team that made the medium-defining true crime podcast Serial an epic success in 2014 got to it, Woodstock had exactly zero notoriety. It's home to about 1,500 people, and in McLemore's estimate most of them are as backwards, apathetic rednecks. As Woodstock is smack in the middle of Alabama, these are stereotypes that much of the rest of the country may buy into. McLemore, who at one point complains to Reed that the town is clotted with churches as well as sex offenders, shows himself to be the first to rail against his neighbors.

He was so adamant about this — he calls his old high school "Auschwitz" and even complains that there aren't as many butterflies as there used to be in the area while giving Reed a tour — that the name "Sh--town" became the informal title for the show as the team worked on it, Reed told The Huffington Post. It was, he said, more than a unflattering shorthand McLemore used to describe his hometown:

It's a worldview, basically. And we hope that the title points you to that. That it’s a way that John saw the world and I think a lot of people see the world that way. I think it's something worth interrogating.

The team ultimately decided to cut the actual swear word from the title, and so it was a podcast called S-Town that ultimately captivated so many with its unpredictable true tale.

Woodstock is located in Bibb County, which is one of the counties that stopped giving out marriage licenses to avoid providing them to gay couples in 2015, after the Supreme Court voted to legalize same-sex marriage. It was a move that, not long afterward, Reed would point to in the podcast and seem to bolster McLemore's assertions about the way of thinking there. Still, at least one Woodstock resident is upset by the general characterization of the town in S-Town.

"I hate that people have the impression from other TV shows that we are all redneck-ish, you know, that kind of thing, but we’re not," Christina Humphries told local CBS affiliate WIAT. "We love people and we want to welcome them and want to show them a good time."

There's no doubt that, in S-Town's wake, more people than ever before will be interested in the goings-on of Woodstock, Alabama. How that will play out for the town and its residents is only just beginning to emerge.