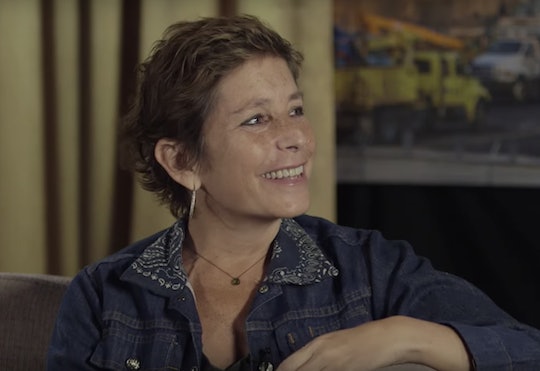 Rosenthal made headlines earlier this month when her The New York Times Modern Love essay, "You May Want to Marry My Husband," went viral: Rosenthal wrote a deeply moving essay in the style of a dating ad for her soon to be widowed husband. Her latest book, a memoir titled Textbook, was released in 2016; she was the author of several books and guided journals for adults. But she was also a prolific children's book author, with more than 20 titles to her name.

Rosenthal's first book, called Little Pea, is 2005 picture book about about a pea that won't eat his sweets, a fun twist on the popular "kids who won't eat their veggies" childhood trope. Rosenthal followed up her debut title with Little Hoot and Little Oink, two more picture books with wry twists on kid issues like going to bed and cleaning up. Her most recent children's book, That's Me Loving You, was released in December.

Some of Rosenthal's most popular children's titles include include Duck! Rabbit!, a book about an optical illusion; Uni the Unicorn, a book about a unicorn who believes that little girls are real; and I Wish You More, a prose style book of parents' wishes for their children. One of my preschooler's favorite titles is Chopsticks, a hilarious children's book of two chopsticks who just need a little time apart from each other.

All of Rosenthal's books are widely available at major book retailers, including Amazon and Barnes & Noble. You can also buy her books from other mass retailers such as Target and Walmart, and resellers on eBay. Of course, you can also borrow most of her titles from your local library. If they don't have a particular title, you can always try an inter-library loan, or see if they'd be willing to order a copy if a particular title isn't available in your library system.

While Rosenthal's passing was not unexpected, that her life was so quickly claimed by cancer has come as a shock. Not all hope is lost for what Rosenthal brought to American children's lit: According to Rosenthal's website, she has as many as seven more children's books that will be published — albeit posthumously. These include a sequel to Uni the Unicorn set for a fall 2017 release, as well as Straw, a 2018 followup to Spoon and Chopsticks. Rosenthal's next children's book — On The Spot, billed as a book "you don't just read, you play" — is set to be released this May, and is available for pre-order.

Even with Rosenthal's as-yet unpublished works set to be released over the next year, children's literature has lost a prolific, imaginative, sensitive author — making the books she did release in her lifetime all that more precious.