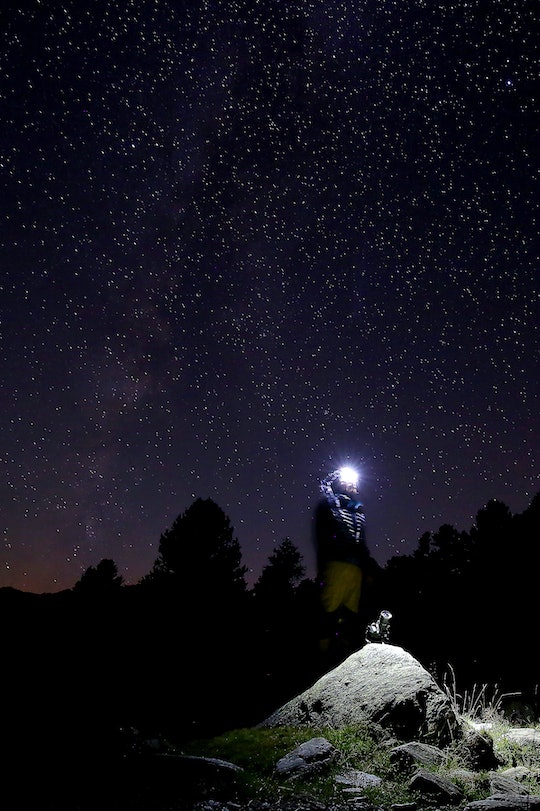 Where To See The Orionid Meteor Shower, One Of The Best Spectacles Of The Year

It is raining outside my window. Dark and grey and gloomy. Normally, I'm all for the rain because it means I don't have to halfheartedly participate in outdoor activities. But today, I'm resenting the cloud cover. This week many of us could see the show of a lifetime, the Orionid Meteor shower that promises to streak across the skies — if only the weather would cooperate.

The Orionids are one of the top five meteor showers of the year and will bring the best chance to see a shooting star since the Perseids meteor shower in August.

When the meteor showers peak in the predawn hours of Oct. 21 (Friday), there should be around 25 meteors an hour shooting across the sky. The Orionids are formed by debris left over from Halley's comet, and are so called because the appear just north of the second brightest star in the Orion constellation: Betelgeuse. If you are lucky enough to live in an area where the Orion constellation is easily visible and it's a clear night, you might be treated to a night of astronomical wonder. Shooting stars for wishing and meteors turning into bright fireballs whipping across the sky will be yours for the viewing... if you happen to know where and how to look.

If you are wondering how to go about actually watching the meteor shower, you might want to take a few steps to ensure you've got the best seat in the house. The good news is, the Orionid meteor shower is equally visible from both the northern and southern hemisphere. For the best odds of getting a good eyeful of shooting star, get away from any areas of high light pollution. If you are hoping to just peek out your window in Manhattan, for instance, and watch an early morning meteor shower with your latte and your newspaper, you might be out of luck. Deborah Byrd from Earth Sky recommends searching out some wide open sky in the early morning hours of Oct. 21, just before the sun comes up.

Unfortunately this year's Orionid meteor shower will be accompanied by a waning, gibbous moon (when over half of the moon's face is illuminated) in the sky for the entire night, which will make early morning meteor watching difficult. If you are living in a northern latitude, Space.com's Joe Rao recommends checking out the meteor shower around Oct. 24, when the radiant (the part of the sky where the meteors come from) is one-third of the way between the horizon and the zenith and easiest to spot even in moonlight.