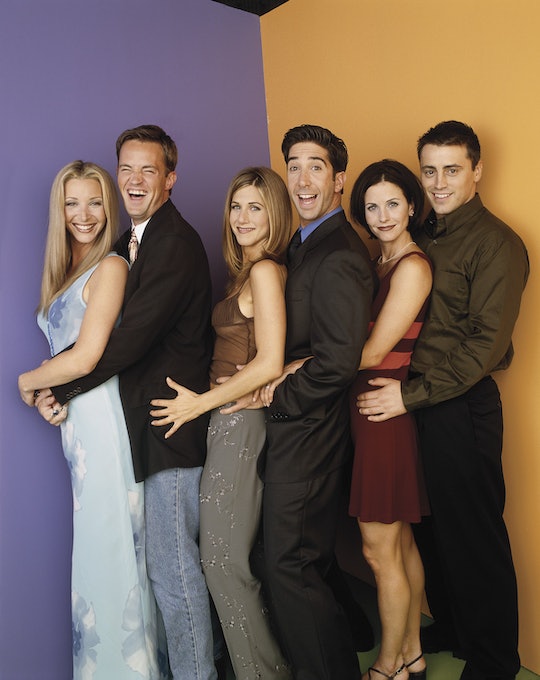 You'll Finally Be Able To Stream 'Friends' Once Again Next Month

If you're like Chandler Bing and just want to relax after a very long, hard day in the tub, you'll obviously need to know where to watch Friends nowadays and after Netflix took the beloved comedy off its streaming platform in January. Well, good news, you'll be able to stream Friends soon enough.

Indeed, Friends will be available to stream once again on HBO Max, the new streaming service from HBO, when it finally launches on May 27, as Variety reported. HBO Max is set to launch with more than 100,000 hours of programming to stream for the price of $14,99 per month, which is the same as the current streaming service HBO Now.

HBO Max has teamed up with WarnerMedia to offer all 10 seasons of Friends for streaming, as well as other popular shows like The Big Bang Theory, some new and original content, and HBO classics like Game of Thrones and Westworld. And, of course the biggest news, there's also going to be a Friends reunion on HBO Max, although the launch date is still unclear as the taping was delayed due to social distancing guidelines.

If you can't wait for your Friends fix until HBO Max begins streaming at the end of May, there are some other ways you can catch Rachel, Monica, Phoebe, Joey, Ross, and Chandler in action.

Go old school and watch it on cable; TBS is airing around 50 episodes of Friends every week, according to Entertainment Weekly. So if you still have access to regular television, you might be able to catch an episode or two in the meantime. Or you can splurge and buy yourself an episode or a full season on Amazon, iTunes, or YouTube. One episode will run you around $2 while a full season might cost about $20.

If you can hold off until the end of May, however, you'll be able to watch all the seasons whenever you want on HBO Max. It all really depends on exactly how you doin', right?