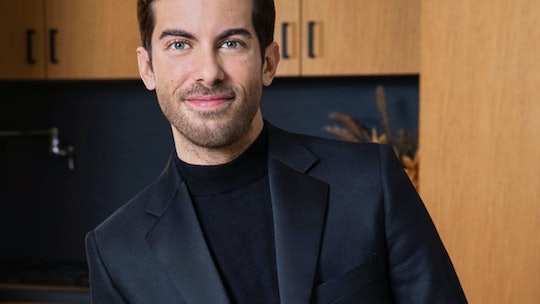 Like a warm blanket welcoming you home after a long day, fans of Million Dollar Listing New York are ready to embrace Luis D. Ortiz's return to the Bravo series after a long sabbatical. The reality star left the show back in 2016, but in light of his comeback this season, viewers are curious to see what he's been up to since. So where was Luis Ortiz on Million Dollar Listing New York? For the past three years, the realtor has been busy navigating through life.

Following the Season 5 finale of MDLNY, Luis revealed he was retiring from real estate. In an interview with The Daily Dish, the Bravo star, who was introduced to fans in the show's second season, explained why he quit the show and the business altogether.

"I realized that it wasn't making me happy," Luis said. "It was a hard decision to make because then you say you have built a career that is allowing you to do so well or you're doing so well, but yet doesn't make you happy — so the decision has to be which one do I choose? So I chose happiness."

But what happened to Luis after he made his exit on MDLNY? Well, he traveled. A lot. Still speaking with The Daily Dish, the reality star shared his plans to travel Europe alone.

"I'm going to go on a little journey, find myself a little bit more, and then come back strong," he said.

A year after his departure from the reality series, Luis extended his European stay and moved to Paris in 2017.

"On March 1st, I am moving to Paris! A city I have never been to before," Luis said, according to Bravo. "People can't believe that a guy who has traveled so much has never been to Paris. And, in a poetic way, it's kind of great that I have never been because I will be seeing Paris for the very first time when I plan to stay, just like I did in New York."

However, Paris may not have been everything Luis had previously hoped. Fredrik Eklund and Ryan Serhant caught up with Luis in the MDLNY Season 6 finale, and he expressed his uncertainty with his Parisian lifestyle. Bravo then reported Luis moved to Los Angeles in early 2018. But, as always, he continued to travel.

Per the network, Luis went to California, New York, Australia, and London in the first half of 2018 alone. Ryan also teased fans with an update on Luis in an episode of The Daily Dish.

"Luis is living the life. Luis is out there," Ryan said. "We follow him on social, he's all over the world, like every other day, he posts another photo from somewhere else in the world. And so, he's a real frequent flyer, that one. He's all over the place."

Now, after some time away from the spotlight and an open dialogue in regards to his struggles with mental health, Luis is back and ready to take New York by storm. And fans aren't the only ones excited to see Luis' return to the show. In an interview with AOL, Fredrik gushed about his friend's arrival in Season 8.

"I’m very, very happy to have him back, and not just because he’s very entertaining and made for TV," Fredrik said. "It's also because I feel like he really needed structure and real estate and the show gave that to him in a sense. He has such a beautiful heart and is one of the most kind people I’ve ever met, and he deserves the best."