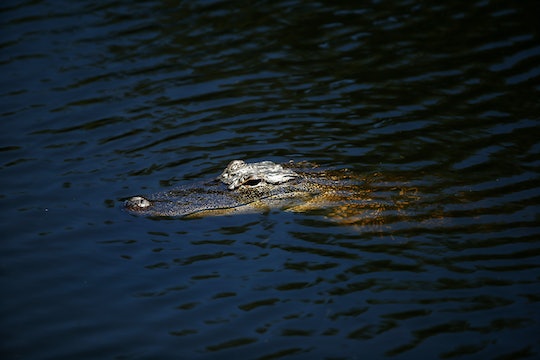 Where Were The Parents When The Alligator Took The Boy At Disney? They Are Horrified

The search continues for a 2-year-old boy who was attacked and dragged away from his family on Tuesday evening at a Disney resort in Orlando. Orange County Sheriff Jerry Demings told NBC News the boy was playing at the edge of a lagoon located at the Grand Floridian Resort when an alligator came out of the water and snatched the boy. While search and rescue teams continue to scour the area for any trace of the 2-year-old, some are wondering where the parents were when the alligator took the boy?

The father of the boy rushed into the water to try to save his son, according to Orange County Sheriff's Office spokesman Jeff Williamson. The Nebraska family was hanging out near the Seven Seas Lagoon, a popular Disney attraction, when the alligator attacked. The animal is estimated to be about 4 to 7 feet long. The father of the boy was reportedly frantic to save his son and even tried to wrestle his boy away from the alligator, but was unsuccessful. According to Sheriff Deming, "The father actually went into the water to wrestle his son from the grips of the alligator" and ended up with injuries to his arms from the struggle. The boy's mother also got in the water to search for her son. The family of four (the 2-year-old boy has a 4-year-old sister as well) had just arrived at Disney World on Sunday.

Though more than 50 people continue the search and rescue efforts for the boy (who was playing in less than 1 foot of water) with helicopters, sonar, alligator trappers, and boats combing the area, hope is beginning to fade. Orange County Sheriff Deming has said that they will continue their search, despite "The sad reality of it is it's been several hours, and we're not likely going to recover a live body," according to CNN.

Meanwhile, Disney has decided to close all beaches as a precautionary measure. While alligators are certainly not an unexpected site (according to wildlife expert Jeff Corwin, there are millions of alligators in the state), this is the first attack of it's kind to happen within the Disney Resort. The Seven Seas Lagoon had posted "No Swimming" signs, but did not clarify why the signs had been erected. Disney did not immediately respond to Romper's request for comment regarding what it's doing to protect or warn guests of alligators.

Orange County Sheriff's Office spokesperson Jeff Williamson said that the family is undergoing counseling on site, according to NBC News.

While the search continues, it's important to offer the parents of this boy messages of support. It's easy to judge, right? But let's not be those people. The father of that boy tried to literally wrestle an alligator to save his son. So here's hoping we don't read too many "What's wrong with parents today?" messages on social media.