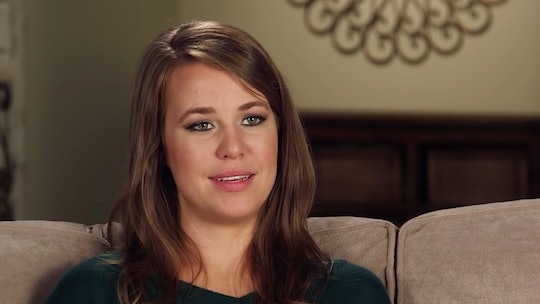 Which Duggar Could Announce A Courtship Next? An Investigation...

With babies and weddings galore, so much love in is the air around the Duggar house and, as fans can see, on the family's TLC spinoff, Counting On. And with a passel of kids still in the ever-expanding family's home, there’s really no end in sight to the romantic tales. So which Duggar could potentially start courting next? And how exactly does courting — the Duggars' version of dating — even get started?

While it’s expected that there is some behind the scenes maneuvering that might happen with parents trying to set up their kids, it doesn’t appear that the family holds to a hard and fast rule about getting people married off in order. Note that Jana, who is the second born and 29 years old, has never officially announced that she's in a courtship.

What are set in stone are the rules of courtship, which Jim Bob and Michelle shared with TODAY in 2014. The first to know is that courting isn’t just dating, it’s dating with a purpose. “It’s really examining the person and considering, ‘Would this be the guy I want to be the father of my kids?’” Michelle told TODAY. Other rules include mandatory chaperones, parents are copied on all text conversations, no kissing or hand-holding, and male suitors have to get Jim Bob’s permission to court first.

Whew, how does anyone get to know each other under all that pressure? While the argument could be made that the system is oppressive, it seems to be working just fine for the family, who are not about to make changes anytime soon. Here’s a look at who might be the next ones that show up in a courtship.

At 29 years old, Jana is the oldest unmarried member of the clan. It’s not unlikely that the entire family is focused in prayer, and searching, to find her the right mate. The International Business Times pointed out that Duggars usually start Instagram accounts prior to announcing a courtship, which Jana has recently done.

The twins are at about the age most of the others were when they began courting, at 20 years old. Josiah was the youngest, at 17-years-old when he courted Marjorie Jackson, according to the Christian Times, though they later broke up. Jill was the oldest at 23 when she courted husband Derick Dillard, according to Us Weekly.

These 20-year-olds are in the sweet spot when they might be looking for wives, and Jeremiah was recently seen out and about on what looked like a potential group date. Scroll through to photo #3 for the pic.

At 19, Jason is rumored to be courting already, in a relationship that would give the family double cousins if it led to marriage. That’s because the rumored girl in the relationship is Lauren Caldwell, the younger sister of Joseph Duggar’s wife Kendra, according to CafeMom. Lauren was on the same mission trip to Greece that Jason took earlier this year, and she was spotted in an airport pickup photo that Anna Duggar posted to Instagram in November 2018.

Are Jason and Lauren courting? He has a house that he’s fixing up already, according to In Touch Weekly, so he’s definitely on the fast track to settling down.

Counting On returns to TLC on Aug. 23 so it’s likely if someone is courting that it’s happening right now. Keep an eye out on social media and you may just catch a hint or two of what’s to come.