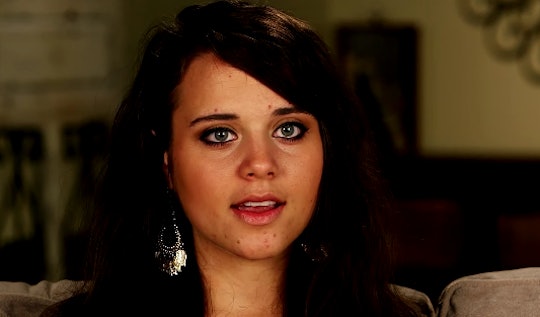 If you know anything about the Duggar family, you know it's made up of a lot of kids. The Counting On family of TLC reality TV show fame features the 19 children of Jim Bob and Michelle Duggar of Arkansas, and now also includes many of their own spouses and kids as well. The initial 19 Duggar kids were all homeschooled, but after that schooling, which Duggars are in college? The answer is pretty simple, actually.

In an undated blog post on TLC's website, Michelle once answered a fan's question about how her kids continue their education after they earn their GEDs through homeschooling. It notably didn't seem to indicate that any of the kids were in college at the time.

Just because none of the Duggar children has earned a traditional college degree, doesn't mean some of them haven't tried college out. Joseph, for instance, attended one year of Crown Bible College in Powell, Tennessee, but he apparently did not continue that education.

And some of the Duggar kids have gone the route of less traditional education programs after earning their GEDs. In September 2015, Jill Duggar Dillard was reportedly certified as a professional midwife, after being involved in midwifery training for a long time and a seven-hour comprehensive exam, according to Us Weekly. More recently, her focus has seemed to be on raising her own two children rather than continuing to pursue that career too much, however.

As for the other kids, Duggar daughter Jinger Duggar Vuolo has dabbled in photography, but also didn't really seem to pursue it as a career. And some people think Jessa Duggar Seewald would have done well in a cosmetology program thanks to her interest in make-up and hair styling, but she didn't end up going after any sort of higher education after her homeschooling, either.

So when it comes to the direct Duggar kids, none of them seem to be in college now, or have completed a college degree in the past. However, some of their spouses are a different story.

According to Jeremy and Jinger Vuolo's website, Jinger's husband once pursued a masters degree in finance at Syracuse University, before he left early to play soccer professionally. Now, he is reportedly enrolling in The Master's Seminary to purse a degree in pastoral ministry, according to In Touch Weekly. No word on when exactly he would start, so there's a chance that Jeremy is enrolled in a sort of college program, but he of course married into the Duggar family and is not a Duggar himself.

And while she isn't a Duggar just yet, John-David Duggar's fiancée, Abbie Burnett, is a nurse. A Duggar fan on Reddit noted that Abbie Burnett is licensed through the Oklahoma Board of Nursing Verification website, and she likely had to go through some sort of higher education program in order to earn that. But she is also not technically a Duggar (yet) and it doesn't appear that she is enrolled in college any longer.

It doesn't sounds like that any of the Duggars who were born into the conservative, religious family are currently in college, unless someone is keeping a very big secret very quiet. But there's always a chance one of the other, younger Duggar children will break with tradition and decide to give higher learning a shot in the future.