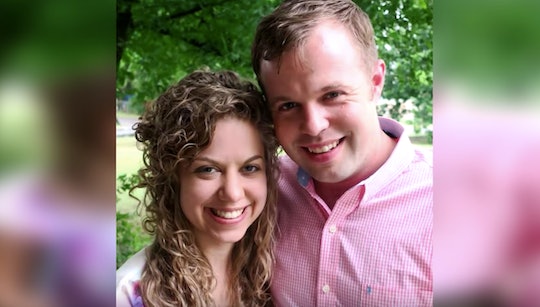 What Does Abbie Burnett Do? John-David Duggar's Girlfriend Has A Well-Established Career

Another day, another exciting Duggar announcement. With a family of 19 kids that are growing up, getting married and starting families of their own, watching all of the Duggar kids count on is pretty much an ongoing thing at this point. But that doesn't take away from the amazing news that another one of the Duggar sons has found a woman he would like to consider marrying. Though fans know very little about the relationship so far, many are probably wondering: what does Abbie Burnett do? John David Duggar's girlfriend is already an exception to the family rules.

People reported that Burnett is a certified nurse, and a fan on Reddit confirmed that she is indeed licensed through the Oklahoma Board of Nursing Verification website. Fans paying close attention will realize that Oklahoma is, uh, not Arkansas, where John David currently lives with his family. Given that Burnett seems to have an established career out-of-state, and Duggar is a constable in Washington County, according to the Duggar Family Blog, it seems as though it would be easier for him to relocate rather than her. It's still unclear where this relationship will go, but if it proceeds as all the other Duggar courtships have, John David might be following in his sister Jinger's footseps. (She and husband Jeremy Vuolo live in Texas, due to his job.)

People reported on Tuesday that Jim Bob and Michelle Duggar issued a joint statement on their blog announcing that John David had begun a courtship with Burnett:

We are so excited to announce the courtship of John David and Abbie! John David brings our hearts so much joy and we’ve watched him faithfully pray, wait, and trust God for the right girl to come along! Now, a beautiful relationship has blossomed between the two of them. We can’t wait to see what the Lord will do in the future.

On a follow up video posted by TLC, John David and Burnett confirmed the news, and talked about how excited they were to begin their journey together. “Abbie and I are just so excited. We’ve known of each other for several years, but we didn’t meet ’til …” John David said before Burnett cut in saying: “John flew in for a church event here in Oklahoma where I’m from. We really got connected then.” Burnett added that their process involves "a lot of prayer, a lot of counsel, a lot of time together," and John David agreed, saying:

We fell in love very quickly. And it’s been a wonderful journey thus far and taking the next step to move onto a courtship.

However, fans who have followed the family's strict rules and regulations over the years will recall that women aren't supposed to work outside of the house. Brooke Arnold, a woman who grew up in the same church as the Duggars, told Salon: "Women and mothers working outside of the home is absolutely forbidden in ATI no matter what the financial situation of the family."

Burnett would not be the first Duggar to break that rule. This past April, In Touch reported that Jill Duggar actually started her own midwife company, LaborSit. Of course, it goes without saying that all of the Duggar kids technically work as they appear on their reality TV show together, it has never been disclosed exactly how much money each member of the family makes. (In Touch reported that the Duggar family likely brings home between $25,000-$40,000 per episode, but how its divided is undisclosed.)

So while the Duggar family rules are typically honored, Burnett working outside the house shouldn't really pose an issue. It will be exciting to see where John David and Burnett take their courtship next.