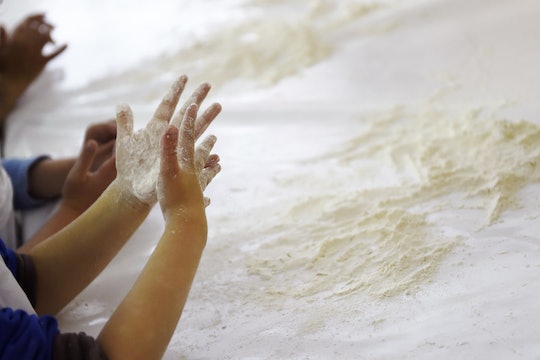 Which General Mills Flour Products Were Recalled? Check For These UPC Codes

There's been a number of recalls related to harmful bacteria contamination scares in the news lately. General Mills recently joined that growing list of companies calling attention to some of their products, by recalling 10 million pounds of its own flour, due to a possible link to an E. coli outbreak in its extensive brand family. Although the company said the recall was implemented out of "an abundance of caution," it's still probably important to know which General Mills flour products were recalled. Here's a guide to identifying the recalled flour products by their UPC codes.

According to a statement released by General Mills, the company is recalling a number of its flour products, which include Gold Medal flour, Wondra flour, and Signature Kitchens flour. The affected flour products are listed on the General Mills website, and labeled by UPC codes and "better if used by" dates. The round-up includes:

The recall was initiated after a multi-state outbreak of a specific type of E. coli, E. coli 0121, was discovered in 38 occurrences from December 2015 to May 3, 2016. E. coli 0121 was not found in the company's flour products or manufacturing facility, but the CDC found that half of the individuals ill from the specific strain of E. coli reported to have used flour – some using the General Mills brand of flour – prior to becoming ill, the statement read.

Back in 2014, the CDC reported on a multi-state outbreak of E. coli 0121, that caused 19 people to become sick. In that particular case, the illness was caused by E. coli found in raw clover sprouts.

Most E. coli bacteria are harmless, but some causes illness, according to the CDC. E. coli that can cause diarrhea can be transmitted through contaminated water, and food, or through contact with people and animals. General Mills cautioned its customers to not use any of the products listed above. Customers can read more information on the recall on the company's blog, or call the company's customer relations department at 1-800-230-8103. Read General Mills' full statement on the recall over on the company's website and keep your family safe.