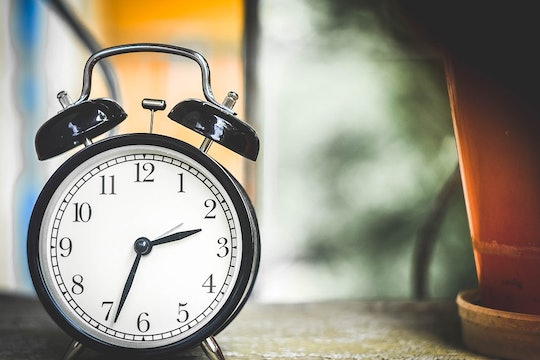 Which Way Does The Time Change In The Fall?

Just the mention of daylight saving time is enough to send every parent crying and running back in bed to throw the covers over their head. I mean, children are not known for their adaptable nature, especially when it comes to their schedule. With autumn officially here, it's time to think about daylight saving time again. But which way does the time change in the fall?

Yep — just like the old saying goes, you "spring forward" and "fall back". In the fall, you gain an extra hour by turning your clock back at 2:00 a.m. According to Metro, the fall time change shouldn't disrupt as many schedules as it does when daylight saving time begins in the spring, but it can still be an adjustment, especially for those suffering from Seasonal Affective Disorder (SAD).

The National Institute of Standards and Technology (NIST) noted that the entire point of daylight saving time is to shift the time of day so it relates to where the sun is above Earth and help keep the daylight hours coordinated with the time when most people are active. The theory is also that this helps save energy in the spring and summer as more people are outside and not using as much energy at home, but that is debatable and there isn't enough solid evidence to substantiate the claim.

Basically? You get an extra hour of sleep two days before the election. Use that 60 minutes to daydream about your candidate, OK? (Hopefully you won't have extra nightmares.)