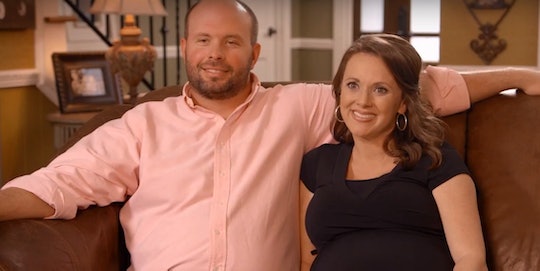 Before becoming the proud parents of the first sextuplets born in Alabama in almost 10 years, Courtney and Eric Waldrop already had three small boys. But besides being parents to nine children under 9-years-old, who are Courtney and Eric Waldrop? The Sweet Home Sextuplets parents have been together for years and always planned to have a big family together, according to local Alabama news station WHNT News 19.

The Waldrops first entered the public sphere when their sextuplets were born in Dec. 2017 — and it's understandable why. Multiples on this scale are rare, and the Waldrop sextuplets were the first sextuples to be born in Alabama since 2011. They were born at around 30 weeks gestation with the help of a 40-person team of medical specialists, each baby weighing under 3 pounds, Today reported.

"When they grow and we’re actually responsible for feeding them and changing them and still taking care of our other three — and trying to work and make money to raise them — that’s when it’s gonna get real," Eric said during a press conference following the birth.

Since then, the family has only grown in notoriety with their TLC show, Sweet Home Sextuplets, which premiered in Sept. 2018, when the babies were 9-months-old. The show gives fans a peak into the family's understandably hectic lives, where viewers get an inside look at what goes into raising nine kids. Hint — help and a lot of patience.

But fans can learn more about the couple from their social media pages. Courtney's Instagram does go pretty heavy on cute baby content, but she also makes time to shout out her husband Eric.

In one sweet anniversary post, she called Eric the love of her life, celebrating their two decades together. Courtney wrote:

Happy 22 Years to the Love of my life and best friend!!! Wow...where do I begin!! God had our love planned before we were on this earth. God knew we needed each other!! God knew He would give us nine little angels one day!! And God knew I needed this man to be my rock and my strength through all of lives journey!! Thank you God for unimaginable blessings and thank you for each day I live to love this man!!!!

And it turns out the Waldrops were more than just high school sweethearts. Courtney and Eric first got together in eighth grade, WHNT News 19 reported.

The family is also very vocal about their strong Christian faith, referring to the babies as god's gift to them. Their Facebook page, titled God's Divine Nine, implies as much just with the name, but also includes plenty of references to religion. One such post reads:

Around 12 weeks pregnant with the Sextuplets we walked outside to see a rainbow that looked very similar to this one. We were going through so much at the time and I was overwhelmed by the sight of that rainbow. 18 weeks later God gave us a true real life rainbow....our babies!!!

Courtney and Eric have also been candid about their journey to have the sextuplets on their Facebook page, but the plan wasn't necessarily to have six kids at once. Courtney explained both on Facebook and the show that she was actually put on a low dosage of fertility treatments meant to lower the chances of exactly that. But none of that seemed to matter in the end.

Before the Waldrops realized they were pregnant with sextuplets, they were already parents to twins Wales and Bridge and their first son, Saylor. They named their now youngest sons Blu, Layke, and Tag, and the three girls, Rawlings, Rayne, and Rivers. Bringing a new baby into the fold is hectic enough with three children already at home, let alone bringing in six brand new tiny babies.

As for what the couple does for work? Early in the show Eric explained that he runs a landscaping company in northern Alabama, while Courtney used to be a schoolteacher. How anybody manages a job while trying to wrangle nine (nine!) whole children sounds inhuman to me — but this couple has already proven to be pretty remarkable.