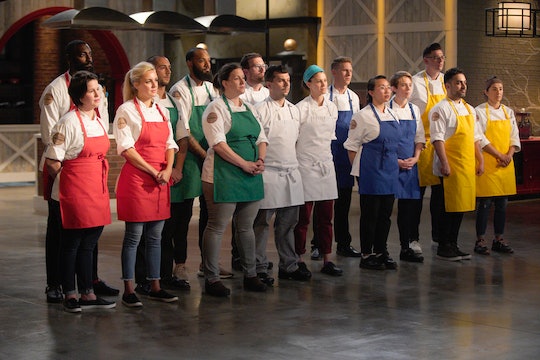 There’s nothing more satisfying to an average cook than watching the chefs on Top Chef make amazing meals while living vicariously through them from home. I have no unrealistic expectations that I’ll ever get to that level myself, but that’s why I watch the new batch of chefs come in season after season. So, who are the new chefs on Top Chef Season 16? This season is based in Kentucky but, like all of the seasons before it, the competing chefs come from all over the country.

The "cheftestants" this season come from a variety of different backgrounds. There’s Sara Bradley, who owns and operates a restaurant in Kentucky, and then Pablo Lamon, who was born in Argentina and began cooking at a young age, both among the 15 new contestants this season. The returning chefs are Carrie Baird, Brother Luck, and Jim Smith, who viewers might remember from Top Chef: Colorado and Top Chef: Charleston. But a lot of the focus will likely be on the fresh meat this time around. No pun intended.

Judging by the trailer, there will be high stakes and dramatic music-fueled competitions, but that’s the kind of intensity fans expect from Top Chef, and hopefully these cheftestants are up for the challenge.