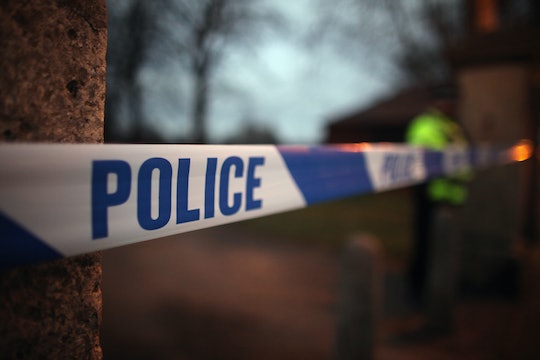 Who Are The San Bernardino Shooting Victims? The Details Of This Attack Are Horrifying

UPDATE: Following a police press conference held on Thursday, December 3, Nicholas Thalasinos was identified by police as the first confirmed victim of the shooting. He was 52 years old and a health department employee. Other names of victims have also been released. Michael Wetzel, a father of four and stepfather to two was also confirmed dead following the shooting. Damian Meins, a retired after-school care teacher and physical education teacher, according to BuzzFeed, was also killed. The fourth victim named was Daniel Kaufman, who ran the coffee shop in the building.

And, on Thursday, officials released a list of the the remaining names of victims who were killed on Wednesday. They are:

According to officials, two of the suspected San Bernardino shooters are dead following a shoot-out with police, and one of the suspected shooters is a female. Late Wednesday authorities identified the suspects killed as Syed Farook and Tashfeen Malik, the woman, and said they had been in a relationship. Farook was a U.S. citizen and an employee of the of the San Bernardino County Health Department. Further details about Malik are not yet known. Police also detained a third individual at the scene, but it's unclear whether or not that person is connected to the shooting at the Inland Regional Center (where officials say they might have found an explosive device).

Early reports indicate 14 people have died at the hands of three shooters, one of whom is a woman, described to have been wearing ski masks, body armor and armed with rifles. Since the shooting began, two of the shooters have been caught and are dead. The location, however, has: Inland Regional Center, a non-profit organization dedicated to working with individuals with developmental disabilities.

According to the Associated Press, triage units have been set up in the immediate area to aid the wounded, indicating that the initial number of at least 20 reported victims is likely to be correct.

Little was known around 2:15 p.m. on Wednesday, when San Bernardino authorities responded to reports of an active shooting near the 1300 block of South Waterman Avenue. The San Bernardino County Sheriff Department was able to confirm initial reports shortly after, tweeting developing details of the active situation.

This is a developing story...