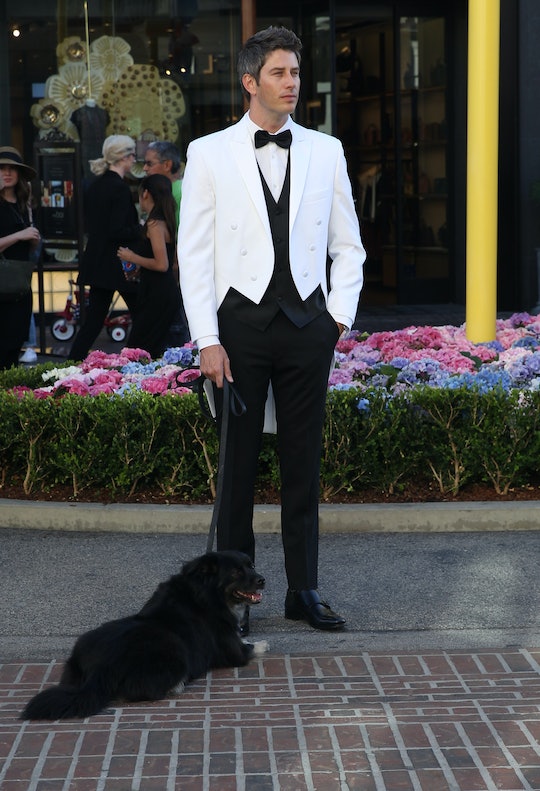 Arie Luyendyk, Jr.'s season of The Bachelor is winding down and after the shocking hometown dates episode sent Tia packing back to Arkansas, Minneapolis-based publicist Becca, engagement-anxious taxidermist Kendall, and the last Lauren standing, Lauren B., are heading to Peru for the final leg of Arie's journey. So naturally, Bachelor Nation is dying to know: who does Arie have sex with in the Fantasy Suites? Interestingly, we haven't seen a single clip of what goes down during the overnight date episode in previews for this season, which is pretty unusual for the series. Typically, Fantasy Suites are rife with drama of some kind, whether it's multiple people getting "I love you"s or the ever-humiliating morning-after breakup. But we haven't seen any hint of how Arie fared during this particular event.

Most of the buzz surrounding the end of his season has been about the mystery man who shows up claiming to be the ex-boyfriend of one of the final two and wanting to win her back. We see a clip of one of the girls sobbing off-camera while Arie simply walks out of the house, so it seems like something devastating could have happened there. But we don't have much indication of how Fantasy Suites themselves went.

During Fantasy Suites, each of the three women left get a chance to have their first overnight date with Arie in a hotel room with no cameras. It's generally the first opportunity the couples have for any kind of privacy, away from film crews. And although sex is one part of Fantasy Suites, the chance for hours-long, real-talk conversations about compatibility and the future of the relationship without cameras recording their every move has historically been just as important to the process.

All contestants involved this season have remained mum so far about what went on during Fantasy Suites, so we don't actually know yet who Arie had sex with. And while some contestants are very open during the show about what happened during their overnight date, others prefer to keep the details under wraps. Both approaches are perfectly valid. In truth, it's really none of our business what happened in Fantasy Suites.

In recent seasons, it seems like accepted etiquette about spilling the details is to let the women have control over how much they want to share, while the guys speak to their experiences more ambiguously, and rightfully so. Women are at a much higher risk of being slut-shamed by the internet, so it definitely feels more ethical for the guys to hang back on sharing the nitty gritty details of the night and let the women have control over sharing as much or as little as they want.

For all the hype surrounding Arie's reputation as the Kissing Bandit, his season has actually felt remarkably chaste. He's definitely had a few steamy make-out sessions, but honestly, it seems like the women he had the most sexual chemistry with have all left at this point. He chose to eliminate Bekah, with whom he had off-the-charts physical chemistry. Meanwhile, Jacqueline, another contestant with whom Arie shared a pretty intense physical connection, decided to leave after realizing her pursuit of a graduate degree was going to interfere with Arie's plans of settling down and starting a family.

While I'm sure Arie cares deeply for the three women left, none of their connections seem as rooted in physical chemistry as they are in personality compatibility. This might be one reason why Fantasy Suites were downplayed this season.