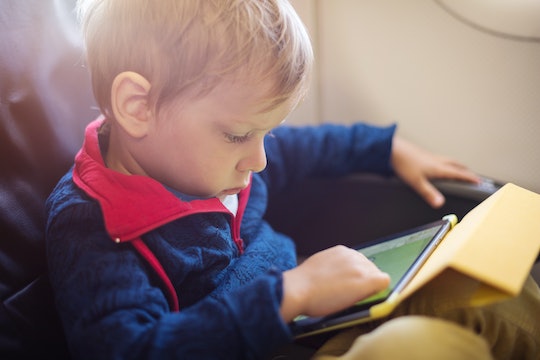 Past studies have shown that, when played in excess, video games can hurt a child's mental and behavioral development. And it's those potential negative effects that have public health experts concerned. So much so that the World Health Organization (WHO) has officially classified playing too many video games as a mental health condition, known as "gaming disorder." But not every mental health professional is on board with this new classification.

On Monday, WHO released its 11th edition of its International Classification of Diseases (ICD), which now includes "gaming disorder" among its official list of diseases, disorders, injuries, and other related health conditions, according to CNN. Three major characteristics define gaming disorder under the ICD: obsessively playing video games to the point it takes precedent over other activities, impaired control of gaming behaviors, and significant distress and damage to personal, social, family, and occupational functioning, such as disturbed sleep patterns and changes in appetite, CNN reported.

Dr. Vladmir Poznyak, a member of WHO's Department of Mental Health and Substance Abuse, told CNN that these features of gaming disorder are similar to substance abuse and gambling disorders. Poznyak said that the inclusion of "gaming disorder" in the latest ICD should make more mental health professionals aware that the condition exists so that more "people who suffer from these conditions can get appropriate help," according to CNN.

WHO's Department of Mental Health and Substance Abuse proposed the new diagnosis to the World Health Assembly, the global health agency's decision-making arm, according to TIME. Dr. Shekhar Saxena, who heads the department, told TIME that the World Health Organization agreed that "gaming disorder" should be listed as a new condition in the ICD both because of scientific evidence, and "the need and the demand for treatment in many parts of the world."

Research does exist to back up claims that playing too many video games can have negative impacts on a child's health. Studies have found that excessive gaming can increase aggressive behavior in teenagers, lead to poor academic performance, and cause nerve and muscular damage, among other issues, according to Momjunction.

But some research has also shown that playing video games in moderation can have positive impacts on a kid's mental and physical health. A 2005 British Medical Journal study found that video gaming can be used as an effective form of physiotherapy or occupational therapy for people with spinal cord injuries, severe burns, and muscular dystrophy, among other conditions. The researchers also found that video games can help youth with disabilities develop social and spatial ability skills, according to the BMJ study.

That's why some mental health professionals are skeptical of gaming disorder's inclusion in WHO's 11th revision of the ICD. Dr. Joan Harvey, a spokesperson for the British Psychological Society, told TIME that only a small number of children and adults who play video games will be affected by the clinical condition, but the new designation may lead to unnecessary panic among parents worried about their kids' gaming habits.

Harvey said, according to TIME:

People need to understand this doesn't mean every child who spends hours in their room playing games is an addict, otherwise medics are going to be flooded with requests for help.

To that end, Anthony Bean, a Texas-based licensed psychologist, said that labeling excessive gaming as a diagnosis is "a little bit premature," according to CNN:

I see people who play video games and believe themselves to be on the lines of addicted. [But they are using gaming] more as a coping mechanism for either anxiety or depression.

He added, when depression and anxiety are treated, "gaming goes down significantly," according to CNN. That's because the underlying condition leading to too much game play is being dealt with, Bean told CNN.

Both sides of the video gaming debate have valid concerns. When played in excess, video games can lead to adverse health effects. But the benefits of gaming are also tremendous, and should not be discounted. With gaming disorder now included in the updated ICD, it's important parents and mental health professionals understand that it's not a condition to be diagnosed indiscriminately.