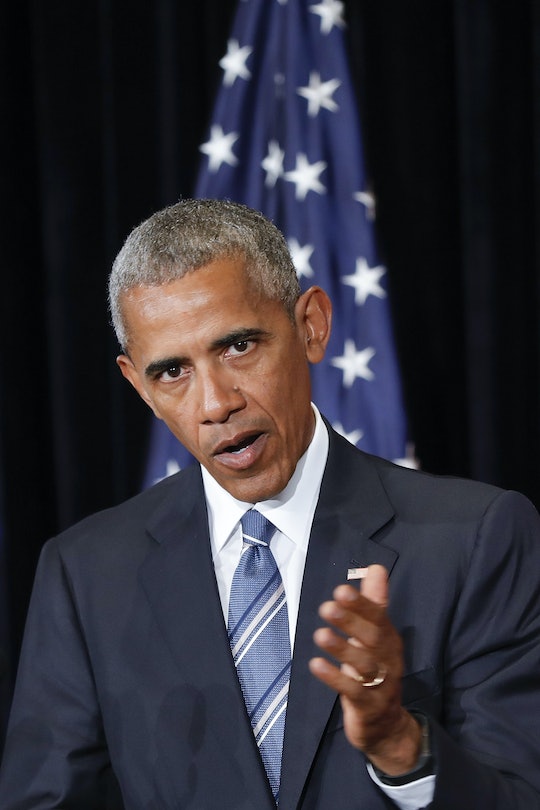 Who Is Abid Riaz Qureshi? Obama Nominated Him As The First Muslim Federal Judge

President Obama is clearly not quite ready to go "gentle into that good night." As he moves towards the end of his second term as President of the United States, Obama is still firmly in the driver's seat. Obama announced a nomination for a federal judge on Wednesday, and that nomination is historic. Washington lawyer Abid Riaz Qureshi will become the first Muslim federal judge to hold that seat if his nomination is confirmed.

Obama released a statement about Qureshi's nomination that read in part, according to CNN:

I am pleased to nominate Mr. Qureshi to serve on the United States District Court bench. I am confident he will serve the American people with integrity and a steadfast commitment to justice.

Qureshi is a Washington-area lawyer who has been a partner at the law firm of Lathan & Watkins LLP, where he has spent the entirety of his legal career. The Pakistani-born Qureshi, who graduated from Harvard Law School in 1997, has specialized in cases involving securities violations, False Claims Act, and health care fraud. He has served on the District of Columbia Bar Association's Legal Ethics Committee since 2015, and from 2006-2012 served as co-chair of the Litigation Department in Washington. He currently serves at his law firm as the Chair of the Pro Bono Committee, and has done so since 2012.

Nihad Awad, the National Executive Director of the Council on American-Islamic Relations, applauded Obama's nomination of the first Muslim-American to the federal judicial system. According to CNN, Awad said:

The nomination of Abid Qureshi to fill a seat on the U.S. District Court for the District of Columbia sends a message of inclusion that is welcomed by the American Muslim community and by all Americans who value diversity and mutual respect at a time when some seek division and discord.

Whether Obama's nomination will be confirmed by the Senate remains to be seen, however. When Obama nominated Merrick Garland to the Supreme Court in March, Republican senators refused to hold hearings and the chief judge of the Court of Appeals for the DC Circuit has been waiting seven months for them to decide his fate.

Obama's nomination of Qureshi isn't the first time the president has pushed for diversity with his judicial nominations. He has appointed more women, Hispanics, African-Americans, Asian-Americans, and openly gay judges than any other president in history. According to a statement released by the White House:

The men and women the president has nominated to enforce our laws and deliver justice represent his unprecedented commitment expanding the diversity of our nation's highest courts.