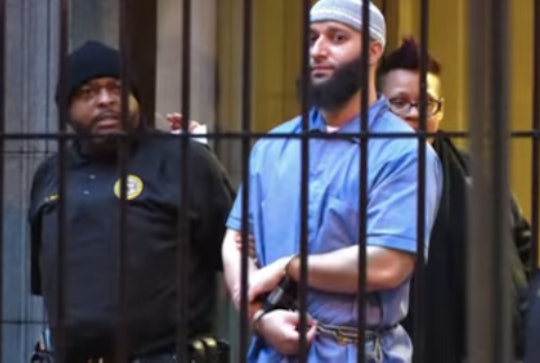 Anyone who listened to the first season of Serial knows that, when it comes to attorneys, Adnan Syed didn't exactly luck out in 1999. When Syed, then 17, was accused of murdering his ex-girlfriend Hae Min Lee, his attorney at the time failed to question an alibi witness and to cross-examine a state expert on the reliability of key cell tower location evidence. Now that a judge has ordered that Syed receive a retrial, however, and previous attorney Christina Gutierrez has died, some may be wondering who'll be representing Syed this time around. Who is Adnan Syed's new attorney?

Syed has actually been working with his new lawyer for seven years now — C. Justin Brown was the attorney who secured Syed's application for a retrial. Brown's partner at Brown & Nieto LLC, Christopher Nieto, is also frequently listed in the press as Syed's lawyer alongside Brown. If the retrial actually goes through (Syed's lawyers are currently fighting the state, who have appealed the ruling that granted Syed a new trial), Syed could show up in court with even more legal firepower behind him, as lawyers have volunteered to represent him pro-bono.

Can anyone else see this becoming the biggest trial to hit the public since the case against O.J. Simpson?

Pro-bono attorneys from Hogan Lovells, a major law firm with offices around the globe, offered to assist Brown and Nieto with the case in July should it successfully receive a new trial. "We intend to tap into our extensive trial experience and many years of handling innocence cases to work to ensure that Adnan receives the best legal defense possible," said Steve Barley, Hogan Lovells’ managing partner in Baltimore, in a press release.

While Hogan Lovells didn't pinpoint exactly which lawyers from their firm would be working on Syed's case, the representation from both Brown and Hogan Lovells' pro-bono team would mean a big step-up for Syed's defense — especially considering that Syed's last attorney's work was seen as ineffective enough to earn him a retrial. Judging by Brown's tweets, that's also a retrial that Brown intends to secure for his client.

"The State's 'bizarre' allegations regarding [Asia McClain Chapman] only underscore the need to retry this case ASAP," Brown tweeted on Tuesday, responding to recent statements made by Syed's former classmates regarding his key alibi witness.

Whether Syed's case will actually make it to a new trial remains to be seen (and the State is currently digging in its heels with appeals), but if it does, one thing's certain: Syed will have quite the team backing him up.