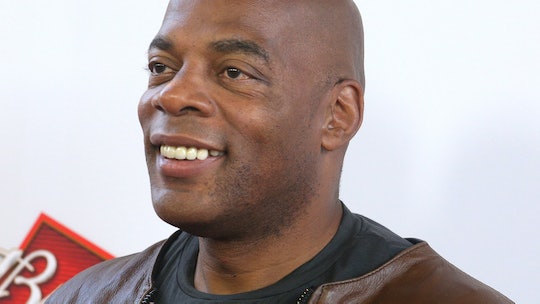 How Did People Not Know About Alonzo Bodden Before 'Heavy Lightweight' On Amazon?

It might have taken a few years, but Amazon Prime Video is finally diving into the world of exclusive stand-up comedy. On Friday, Aug. 23, the streaming giant premieres not just one, but four hour-long original specials, including Mike E. Winfield: StepMan, Alice Wetterlund: My Mama is a Human and So Am I, #MomSoHard Live, and Alonzo Bodden: Heavy Lightweight. Although some fans might recognize the names behind Amazon's latest venture, others might want to know more about the comedy powerhouses before deciding which show to start off with first. So who is Alonzo Bodden? Heavy Lightweight isn't the comedian's first TV special.

If you take a look at Bodden's IMDb profile, you'll notice the actor, writer, and producer has been in the business for quite some time. He has starred in movies like Scary Movie 4 and The Girl Next Door. Bodden has also made guest appearances in shows such as Showtime's Californication and ABC's Fresh Off the Boat. And to top it off, he has lent his voice to the Power Rangers franchise and the Halo Wars 2 video game. Nevertheless, you probably recognize Bodden from his big win on NBC's Last Comic Standing Season 3. Since then, Bodden has gone on to host programs such as the Travel Channel's America's Worst Driver and more recently, the Family Feud Live traveling show. He is also a regular on NPR's Wait Wait…Don’t Tell Me! and Comedy Congress podcasts, according to the comedian's website. Meanwhile, Bodden has released a number of comedy specials of his own, including Tall, Dark, and Funny, Historically Incorrect, and Who's Paying Attention.

Bodden's Heavy Lightweight special on Amazon is actually a big deal. The streaming platform hasn't exactly delved into the stand-up comedy sphere, unlike major competitors like Netflix, who seem to have a new original special out every month. Bodden recently opened up about becoming one of four comedians making Amazon's comedy dreams come true.

"I don't feel the pressure to carry Amazon. There was a guy named Jeff Bezos," Bodden joked of the company's founder and CEO, per The List. "He's done pretty good with that. I'm not carrying them as much as I'd like to, believe that."

And if you were wondering why Bodden's new comedy special is titled Heavy Lightweight, you should know the name just tells audiences what they can expect. The new show will plunge headfirst into serious topics while also mixing in a healthy dose of lighthearted jokes.

"I do topics that are heavy, but I break it up with topics that are lightweight," Bodden revealed. "So if I hit you with racism, I gotta balance it with jokes about my new iPhone ... I can't make you think for that much for that long."

With over two decades of experience under his belt, I think it's safe to say Bodden knows what he's doing when it comes to comedy, and Amazon put their eggs in the right basket. Now, let's hope audiences reciprocate, and the streaming platform continues to support stand-up comedy specials in the future.