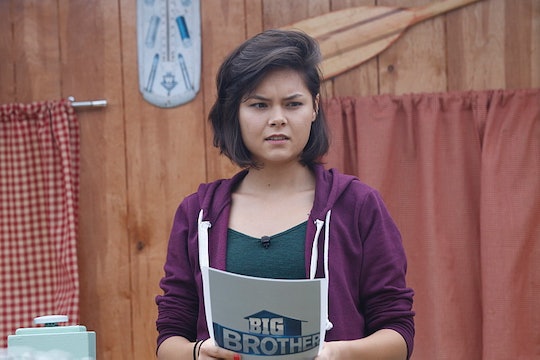 Who Is Bridgette's Boyfriend On 'Big Brother'? The Houseguest Is Private About Her Guy

When you embark on what you hope will be a summer-long adventure in the Big Brother house, you leave behind friends, work, and yes, sometimes significant others. And even though your relationship seems like the most important thing to you in the real world, showmances are just par for the course on Big Brother - even if you claim to be in a relationship outside of the house. So, who is Bridgette Dunning's boyfriend outside of Big Brother? From the beginning, she's been open about being in a relationship back home and leaving behind a boyfriend who she was on such good terms with that she was confident there would be no showmances for her.

Obviously, we shouldn't criticize Bridgette for the cuddling she's been doing with fellow houseguest and puppeteer Frank, but it has raised a few questions for fans watching. Bridgette recently revealed that her serious boyfriend back home is actually a doctor, which makes sense since she's a traveling nurse. But there is the question as to how much truth is involved there. It's a weird secret to keep, unless she felt it threatened her chances at "deserving" $500,000. Otherwise, it really has nothing to do with the game, so is there more to it?

But this supposedly serious relationship that Bridgette is in outside of the Big Brother house could be on shaky ground if said doctor boyfriend has gotten a look at the live feeds of Big Brother 18, at least that's what fans think.

Granted, Bridgette has been a serial cuddler in the Big Brother house since day one. There was James for a minute, Paulie for a little while, and now Frank, which kind of makes sense given that he has this way of manipulating her into making the sort of calls he would make as HOH. Hey, nothing wrong with a girl who likes to cuddle. Take a look at Christine from Big Brother 16. She and Cody cuddled and it meant nothing — unfortunately she got a lot of attention for it, too.

Well, we have to remember that Bridgette's boyfriend, no matter how mysterious and secretive he is, didn't sign up for the show. He is just a normal guy who is just living his life with a girlfriend that is on a TV show. He deserves his privacy if he hasn't made their relationship known at this point. And if tomorrow he starts posting a ton of photos of him and Bridgette on Instagram, then great! We can adda face to the (non) name.