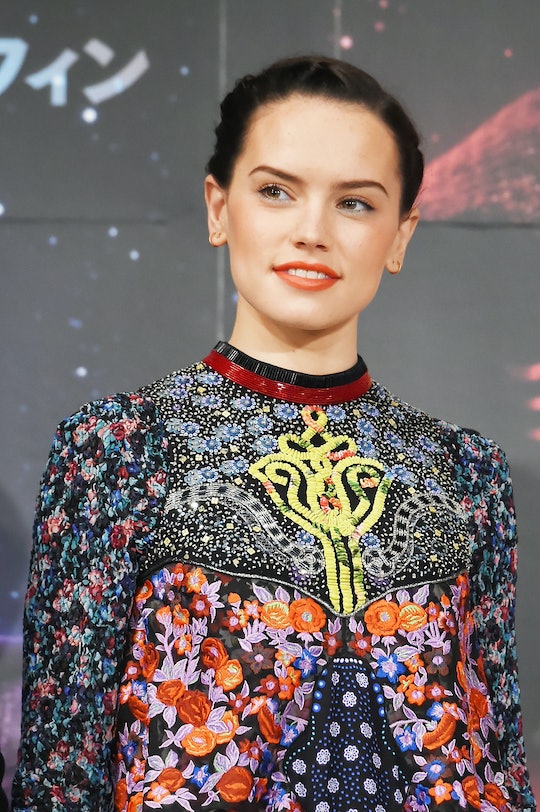 Daisy Ridley? A couple years ago, you probably would have had no idea who that was. But by now, for everyone tuned into the Star Wars franchise — which is, let's face it, most everyone — Ridley is a household name. She stars as Rey in Star Wars: The Force Awakens, which basically dominated the box office for the entire past holiday season. In, fact, I think the film has only just come off the acceptable daily office chatter list (you know it exists). And for many, Ridley isn't just a great new actress in one of the most popular films of 2015, she's also a new heartthrob. But, she's not on the market. So, who is Charlie Hamblett, Ridley's boyfriend?

Hamblett has been attached to Ridley for a while now — at least since 2014 since they were seen by The Daily Mail celebrating New Year's 2015 together — but recent photographs of the couple's recent date in London's Soho area published by the very same Daily Mail have fans who can't get enough of Ridley positively buzzing. But many Americans won't recognize Hamblett right off the bat. That's because he's from across the pond, as well — an English actor, like Ridley.

As many die-hard fans know, J.J. Abrams, the director of Star Wars: The Force Awakens (the first of three new films in the science-fiction franchise) reported before filming that he was planning to cast unknowns in the film, similar to George Lucas' strategy in 1977. And we all know Ridley turned out to be one of these "unknowns." Well, Hamblett, the 23-year old actress' boyfriend, is a budding actor, as well. According to IMDb, Hamblett might be well on his way to fame. He has scored a role as Malcolm in an upcoming television version of Macbeth, as well as a place in the new British series, The Secret Agent. He also played in a 2014 TV mini-series called Babylon.

Although it's not clear how the two met initially, Ridley hails from London, so chances are the two Brits had plenty of chances to cozy up. The thing is... Hamblett and Ridley are both pretty tight lipped about their relationship. And Hamblett himself? His social media presence is very limited — only a Twitter account with the last Tweet dating back to this past October, and an Instagram account with two photos. You've already seen one ... here's the other:

So, you've seen a lot of what the Web has to offer about Hamblett as of the moment, but that might be about to change when BBC's adaptation of Joseph Conrad's novel, The Secret Agent, airs — though it's not for certain when that will be. For now, we can only hope Hamblett's prominence in the media rises with his acting career. I mean, why not? It happened to Ridley. And wouldn't they just make the cutest power couple?