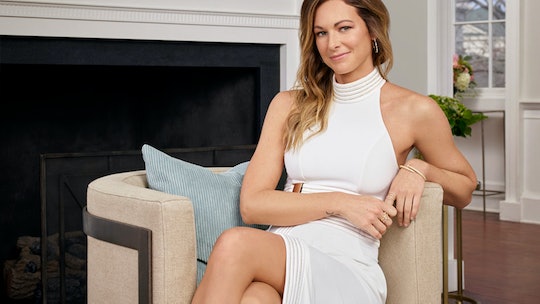 When Chelsea Meissner became a series regular on Southern Charm, she immediately found herself in the middle of a love triangle with Shep Rose and Austen Kroll. Though Chelsea and Shep never happened she did date Austen briefly only to eventually flame out. But in Season 6 she revealed she was dating someone new. So who is Chelsea's boyfriend on Southern Charm? Looks like Chelsea's beau has a passion for adventure that compliments Chelsea's fiery personality quite nicely.

Although the reality star hasn't been super outspoken about her romantic relationships, Chelsea's dating life isn't exactly a secret to Southern Charm fans, either. See her romance with Austen. Then in a 2018 interview with Bravo's The Daily Dish, Chelsea shared a few details about her then-new boyfriend, Nick Dana.

"I do have a boyfriend and all is going well," Chelsea said. "He travels a lot because he's a professional sailor. He's got a lot, I'll just say that."

Chelsea's beau is also included in her Southern Charm Season 6 bio. Per the Bravo website, "Chelsea’s passion for travel lead her to meet her boyfriend, Nick Dana, who is a professional sailor for the America’s Cup."

According to Nick's Ocean Race profile, the 33-year-old grew up on the water, "tinkering" with boats at his family's shipyard. Nick's love for boats then grew into a love for sailing and the Rhode Islander has been racing professionally for almost his entire life.

That being said, the sailor's professional life keeps him pretty busy. Nick's Instagram feed is filled with breathtaking photos from around the world. In 2018, he traveled to Port de Saint-Tropez in France, Porto Cervo in Italy, and New Zealand — just to name a few. However, Southern Charm fans might notice that Nick's feed lacks one thing — Chelsea, who resides in South Carolina.

Given the distance, fans may wonder how Chelsea and Nick make it work. But, still speaking with The Daily Dish, Chelsea shared that their long distance relationship isn't necessarily a bad thing.

So what will happen if Chelsea decides she wants to settle down? Don't worry, Southern Charm fans. You know better than I do that Chelsea is independent enough to hold her own ground. Following the birth of Cameran's baby, Chelsea shared her thoughts on motherhood and marriage on the Southern Charm After Show.

"That's not ever anything I just sit and think about it," Chelsea revealed. "But now I've seen [Cameran] with a child and how much she loves Palmer and when we lived together, that was never in the cards. So I hate to say never. That's where I am now."

Nonetheless, the tides could change... if Chelsea ever meets the right person.

"But if someone comes along that changes my mind, then it happens," Chelsea said. "But I can't imagine that really for me."

Although I know Chelsea is just fine doing her own thing, there's still plenty of excitement surrounding the Southern Charm's relationship with her sailor boyfriend. But for now, let's just hope Nick makes an appearance on the Bravo reality series sometime soon.