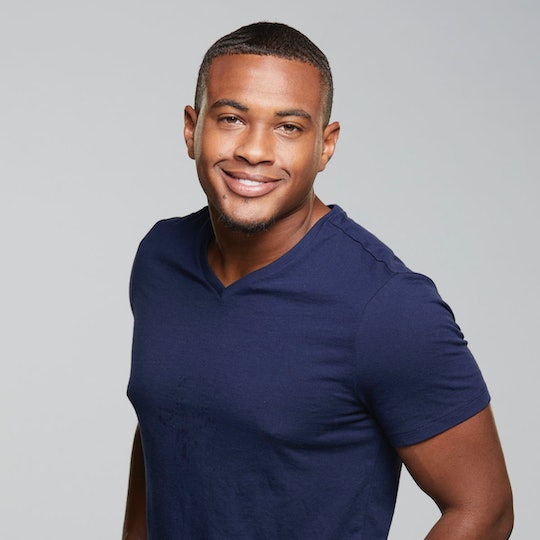 For some players, the love of the game is enough to entice them to apply to compete on Big Brother. But for David Alexander, who probably never watched an episode before he applied to be a houseguest for Season 21, it’s all about the money. With $500,000 on the line, that’s totally understandable, but it also might give him a disadvantage over the other houseguests who may be superfans. Other than being new to the all encompassing world of Big Brother, though, who is David Alexander?

The Big Brother houseguest is a photographer outside of the show, so he’s used to being behind the camera and giving direction rather than being in front of it and controlled by a production team. That alone is going to be a shock for him, but if you haven't watched several seasons of Big Brother and studied game play and the negative aspects of being cut off from the world, the entire atmosphere of the Big Brother house is going to be an even bigger surprise.

David admitted in an interview with Entertainment Tonight Canada that he only started watching the show within the past few months and didn't even finish two seasons before he felt he had a firm grasp of what Big Brother is like. Maybe David can already see what he got himself into by applying for the show in the blind, but it will likely be a shock for him more than most of his fellow contestants this season.

According to David’s Big Brother bio, he lives in Atlanta, where he works as a professional photographer. And although his Instagram is private right now, David’s bio on Instagram mentions "fitness," so even if he doesn't get to bring his camera into the house, at least he’ll be able to take advantage of the gym this season. His Big Brother bio also says that his motto is to "Just live as much as you can before you can't anymore." That might explain why he felt comfortable applying to compete on such an immersive game show in the first place, but his zest for adventure could help him move along in the game this season, even if he’s new to the show as a whole.

Like any other Big Brother houseguest, it will probably take some time for David to get used to being on camera 24 hours a day, seven days a week, with overhead production voices telling him to go to the Diary Room or reminding him to turn on his microphone. It might take a little extra getting used to for David specifically, given his inexperience with the game itself. But to his credit, David already has a pretty solid strategy.

In his Entertainment Tonight Canada interview, he said that he plans to play a social game until the end. Despite having the physical prowess to likely best some other players in physical competitions, David is all about making friendships with as many houseguests as he can to build trusting relationships and potentially build a strong alliance with some of them. He also said that he plans to save any strong game play for the end of the season rather than allow it to come out a few weeks into the game.

David told Jeff Schroeder in his Big Brother pre-show interview that he isn't going to worry so much about how the audience at home sees him, but instead he will be himself to the best of his abilities since his own actions got him to where he is today. He definitely seems to have the right level of self-confidence that could take him far as long as he plays his cards right and plays the right people in the process.