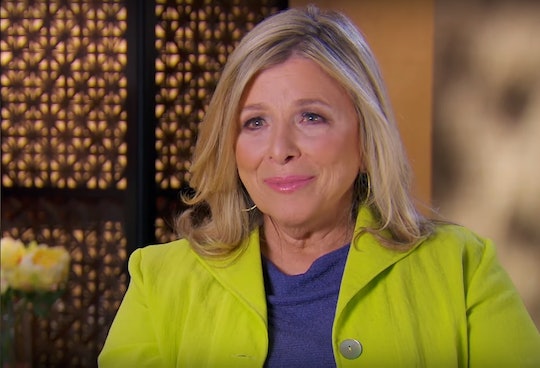 Dr. Pepper Schwartz On 'Married At First Sight' Is The Resident Sex Expert

There are a lot of moving pieces that fall into place to make each season of Married at First Sight work. This includes the different couples who are featured each time around, but also the experts who are there to help these couples make it for the long haul. So, who is Dr. Pepper Schwartz from Married at First Sight? She’s an expert who’s also highly important for the show’s success. She’s most well known for her articles and books on sex and relationships for people of varying ages and sexual preferences. Which is probably why she was the most logical choice as one of the sex and relationship experts for the Lifetime series.

Her work on lesbian, gay, and heterosexual couples in the 1970’s and 80’s went into the 1983 book American Couples: Money-Work-Sex which she co-authored. At the time, the book helped her to gain credibility near the beginning of her long career. She was even the love, sex, and relationship ambassador for the AARP for 12 years, further proving her expertise in the field. I’m sure avid fans of Married at First Sight already appreciate her nuggets of advice on the topics, but she obviously wasn't chosen at random to be part of the panel of experts on the show.

In 2011, Dr. Schwartz gave a TED Talk on what she called the next sexual revolution. She explained that older individuals who are 55 years old and up are able and willing to embark on sexual endeavors, despite the stigma or unspoken rules that they have to stop because they’ve reached a more mature age. She said that most younger people automatically assume that once parents or grandparents have reached a certain age, they’re no longer meant to have feelings of intimacy or arousal with someone else.

But according to Dr. Schwartz, the technology of today has enabled us all to stay healthier longer, which paved the way for the new sexual revolution. I think she really does have the most open and honest views of sexuality and relationships, which likely comes with her years of experience.

And apparently, Dr. Schwartz totally believes in the process of finding your match on Married at First Sight. She admitted to According2Mandy.com in an interview that she would have gone on such a show, had it existed in her younger years. She said that she would have given the show a chance if she was unmarried and hopefully daring enough to do so. Dr. Schwartz also revealed that the opportunity to be brought on as one of the experts came virtually out of nowhere. She said that she was given a Skype interview and from there, she was soon offered the job on the show. Like I said, it's not all that surprising, given her background, but it’s definitely been another platform for her work.

Outside of Married at First Sight, Dr. Schwartz travels to different cities to speak about love, relationships, and sex. She also co-wrote 50 Great Myths of Human Sexuality in 2015 to add to her many published books on the topic. Being on the show may have boosted her public profile, but she probably didn't need it since she’s been consistently working for more than 20 years. But if nothing else, the show has allowed her to gain an even wider audience than before. She still occasionally writes for AARP, but a lot of Married at First Sight fans have also come to love her in person on the show.