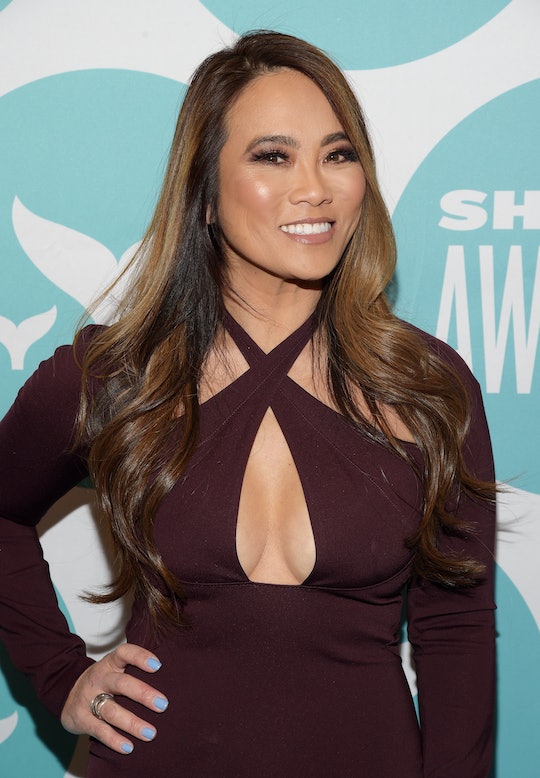 Rejoice! Dr. Pimple Popper Is Getting Her Own Show

You’re either a picker or a popper. And since I am definitely not a popper, I can barely sit through one of the now popular internet videos of pimples being popped or drained without feeling just a tad queasy. The videos themselves are nothing new, but viewers seem to flock to Dr. Pimple Popper’s YouTube channel, and now she’s about to get her own TV show on TLC. So who is Dr. Pimple Popper? Luckily, she is a real doctor and not just some pimple popping fanatic who enjoys the task of facing whiteheads head on. But let’s be real — we all know someone who looks forward to popping pimples and would willingly pop yours if given the chance. I may never understand the allure, but it’s definitely a thing.

Dr. Pimple Popper is actually a real life dermatologist by the name of Dr. Sandra Lee who lives and works in California. She’s been a dermatologist since 2004, but only became an internet sensation in recent years. She told Metro.News in 2017 that she began posting videos on Instagram for fun and because as a dermatologist, she knows that it's a very visual job. Views on the one video rose quickly and she posted more until someone commented on one, advising her to check out the subreddit dedicated to pimple poppers. Side note: only go there if you too are totally enchanted by popping or you’ll be scarred for life.

But Lee did indeed go to the subreddit where she found thousands of similar videos to her own. "I saw there was a community of 70,000 people who just shared pimple-popping videos all day," she shared. "I knew then I could become their queen!"

Lee’s videos, which range from simply popping blackheads to more complicated surgical cyst draining, attract millions of views and in exchange for permission to film and post the videos, she often offers patients discounted or free service. Judging by the fact that her Instagram account currently has almost three million followers, I’d say she isn't exactly hurting for the money she loses when offering some of her services at discounted rates. There’s a reason for so much interest in what she does for a living, though, at least according to Lee.

Lee has been a practicing dermatologist for years and despite some of the interest in watching her videos for some sick pleasure which I cannot and will not understand, she posts them purely for educational value. "Most YouTube channels are for entertainment, and I’m doing mine for education," she told Forbes in 2016. "It has to be medically educational. That's mostly been helpful for me me because I am an educator and dermatologist."

And overall, the plan is to continue to educate others and develop her brand into something useful rather than purely entertaining. "I’m a dermatologist and I want to show people what I do. Moving forward, I want it to be more than this. I started another YouTube channel called Dr. Pimple Popper University to educate people around the world."

Thanks to her growing popularity and the fame that has come along with viewers responding so well to her posts, Lee also has her own skincare line out now. Designed to treat acne, the SLMD Skincare line features cleansers as well as lotions and can be purchased online, in some cases for less than $100 for an entire system of products. And now her show, Dr. Pimple Popper (could there be a better name?) is set to premiere on TLC on July 11, and is currently casting patients who love this sort of thing. In a way, I’m kind of interested to know what it feels like to have Lee herself drain a terribly inflamed cyst somewhere on my body, but I’m fairly certain I would not enjoy watching the video back afterward.