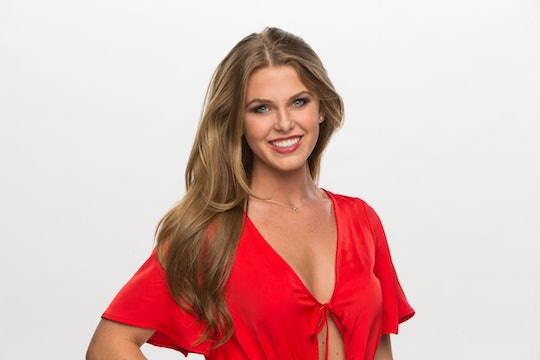 Haleigh Broucher On ‘Big Brother’ Is Ready To Compete

It’s been a long year without the original Big Brother, and I can't be the only one who can hardly believe it’s almost here. I can almost hear the short-lived alliances and final two promises that will pop up during the season premiere already. And I am very much here for it. But before that, we have to meet the houseguests, including Haleigh Broucher, who might be the youngest contestant yet. So, who is Haleigh Broucher on Big Brother?

At just 21 years old, Haleigh is the youngest houseguest overall this season. There’s nothing in the history of Big Brother that says the younger you are, the less effective your game is, but it is worth noting that she’s one of the youngest contestants of the series overall, except for Michelle Maradie of Season 4. That could end up being in Haleigh’s favor, though, as the others might not think of her as much of a threat, given her younger age and the fact that she’s a seemingly innocent college student. But being that she’s a pretty big fan of the show and knows how to play, I definitely don’t think Haleigh should be overlooked this season.

She might, however, have a harder time in the house, closed off from the world, than some of the other houseguests. For anyone, it's an adjustment to be away from your friends and family and have virtually zero contact with them, but for Haleigh, who is closest to her family than almost anyone else in her life, it’s likely going to be a struggle she'll have to work to get used to.

On her Big Brother bio, Haleigh said that being away from her family will indeed be the hardest part about being shut away in the Big Brother house. "Family is a big part of my life, and I'm in constant contact with them every day — mostly my mom — so that will probably be the most difficult part," she said. Judging by her Instagram, she is super close to her family, so it’s definitely going to be hard, at least at first. Potentially winning $500,000 could soften the blow considerably, though.

On the other hand, it’s not as though she’s with her family literally every day, as she currently attends college full-time at Texas A&M University where she’s studying psychology. Which, of course, she plans to use to her advantage in working the other houseguests and trying to win them over slowly. The fact that Haleigh lives at school might make this transition to the Big Brother house a little easier, but she might also be the first contestant who pleads for a Head of Household win to get that letter from home.

Unlike some of the other houseguests going into the game that is Big Brother, Haleigh has plans to feel everyone out first rather than make alliances right off the bat, since, as she said in her Entertainment Tonight pre-show interview, that’s a mistake that many other houseguests make the first time around. Her strategy, however, is to keep her psychology background a secret and gain the trust of the other houseguests while figuring out what bothers them and what they’re like so she can use it all to her advantage. Mostly, Haleigh’s goal is to play a strong social game rather than showcase physical strengths in the more endurance-driven competitions. Since other houseguests often see those who excel in such comps as threats, it's not a bad plan.

But since outside of the Big Brother house, Haleigh is single, it’s not outside the realm of possibility that she might enter into a showmance at some point this season. But, as she told Ross Mathews in her Big Brother interview, "I'm here to play the game, I’m here to definitely do anything that would be an advantage to me." So in the event that something does happen with another houseguest, Haleigh plans to still keep her head in the game as much as possible.