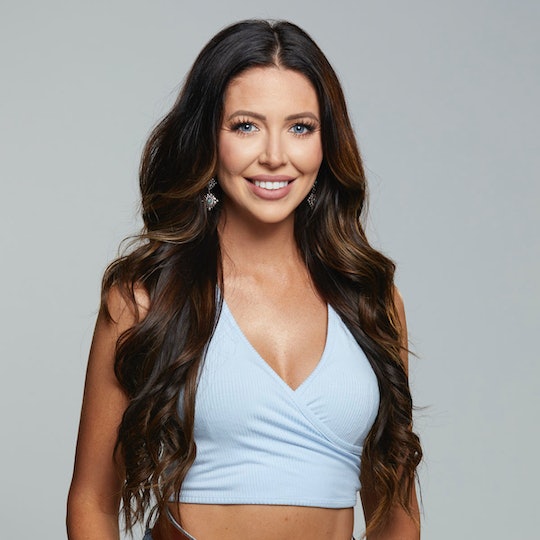 It’s hard to believe that in just a few short weeks, fans will know almost everything there is to know about the Big Brother 21 houseguests. Right now, however, it’s a little unclear who they are or how they each plan to play the game this season, including houseguest Holly Allen, even though she appears to have several layers to her plan to get to that $500,000 prize money in September. But who is Holly Allen on Big Brother this season? Although her Instagram is private right now, which could change depending on her popularity and how far she gets this season, Holly already has more than 50,000 followers, which should tell you how much Big Brother fans are likely already rooting for her.

But, surprisingly, Holly isn't another superfan who came on the show expecting to emulate someone else’s game and get far based on her Big Brother knowledge. According to Holly’s Big Brother bio, she hasn't watched enough of the show to even have a favorite player. While some houseguests might be able to use their years of watching the show to their advantage, however, Holly still has a strategy for winning. In fact, she has an entire alphabet of plans waiting in the wings for when she needs to bust them out.

"I have plenty of strategies already stacked up," Holly said in her bio. "Plan A-Z." The other houseguests probably shouldn’t sleep on Holly this season.

Even though Holly doesn't have much experience in watching other houseguests best each other through their social and physical games, she does have life experience that could take her far this season. She grew up on a ranch in Wyoming and knows her way around the outdoors, from horseback riding to fly fishing. I don't know if either of those will make their way to any of the competitions this season, but clearly, Holly isn't afraid of a challenge. She told Jeff Shroeder in her official pre-season interview that she grew up experiencing the "Big Brother starter kit." She spent summers on the farm away from her friends and technology and honestly, those experiences could have prepared her well for being cut off from the outside world on Big Brother.

Right now, she lives in Los Angeles, where she works as a safari guide on a vineyard and as a sommelier at the same time. Despite her upbringing in Wyoming, however, she did admit in her bio that it will be hard for her to be without her cell phone on the show this summer. She is already so relatable that I’m finding it hard not to root for her.

Outside of the show, Holly is single, but she isn't coming into the show in the hopes of entering into a showmance. Not only are they typically messy or distracting, but that just isn't what this game is about. And in an interview with Entertainment Tonight Canada, she said that she isn't in this for a showmance because she wants the authentic Big Brother experience. If she was seeing someone, then chances are, she would have brought them up right there.

Holly also told Entertainment Tonight Canada that her "breaking point is pretty high." I have a feeling that Holly is going to be a houseguest to watch, if only because some other players might underestimate her at first. So far, however, she already seems to have her head in the game and few solid strategies in place to give herself a real shot at the prize money. It’s still way too early to say how far she will make it, but from where I’m standing, Holly has a serious shot on Big Brother this season.