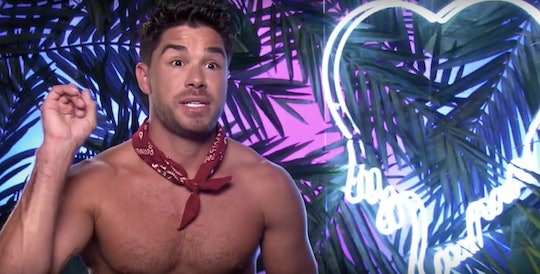 What’s worse than being stuck on an island with your ex, who you can't stand? Probably being stuck on an island with cameras in your face and other singles trying to hook up with said ex in front of you. At least, that’s the kind of amazing drama I’m expecting from the cast of Ex on the Beach Season 2. So who is in the Ex on the Beach cast this time around? They’re honestly what makes the show so good and this season, MTV really pulled out all the stops to get the best of the worst reality TV stars onboard.

For those who don't know, the premise of the show is that celebrity contestants decide if they want to get back together with their exes or strike up something new with someone else. Naturally, tons of drama ensues and every week, someone new arrives on the beach. This season, there’s a mixture of former contestants from Big Brother, Bad Girls Club, and The Challenge, but former Teen Mom star Farrah Abraham will also be there, along with Season 12 Bachelorette villain Chad Johnson.

It’s like the perfect storm and I cannot wait for all of these worlds to collide. But first, let’s take a trip down memory lane to get to know the entire cast of Ex on the Beach Season 2.