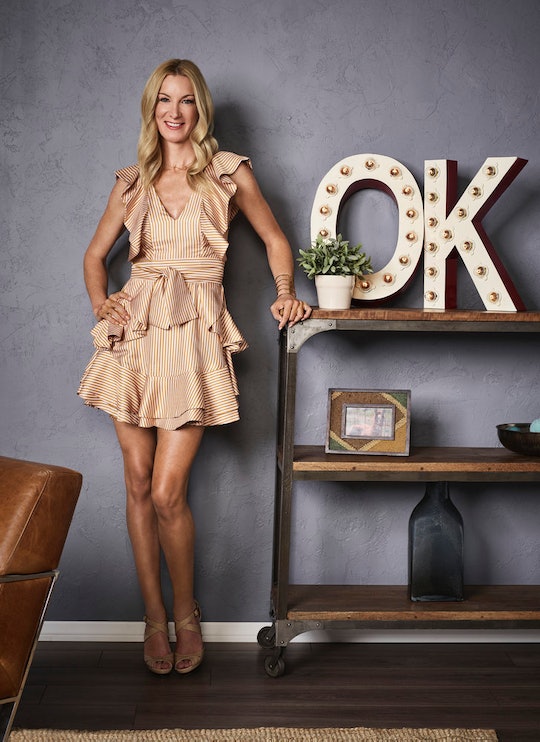 Sweet Home Oklahoma is the latest reality series from Bravo, pulling back the curtain on the affluent, progressive, tight knit, and adamantly Trump-denouncing women of Oklahoma City. At the center of the action is Angie "Pumps" Sullivan, Lee Murphy, Jennifer Welch, and her ex-husband Josh, all of whom all live in the ritzy Nichols Hills area of Oklahoma City. Some of them have been friends for 20+ years, but at the heart of their friendships is that they've been hanging out together for so long, they basically live "boundary-free." So who is Jennifer Welch on Sweet Home Oklahoma? She may embody boundary-free living best of them all. Jennifer is currently divorced from her ex-husband Josh, but apparently hangs out with him all the time. In fact, she's spotted openly smooching him in the promo, and, according to her Bravo bio, is "trying to work it out" with him "for themselves and also for their two children."

Jennifer works as an interior designer and her ex is a former attorney-turned-photographer. He actually went to law school with their castmate Angie at the University of Oklahoma, and briefly employed her. They've been friends ever since, and, when Angie needed an interior designer for her home, she called up Josh's wife Jennifer, and the two quickly became close.

Jennifer was born in another Bravo favorite shooting location, Dallas, Texas, but she moved to Oklahoma City when she was seven. Her father trained racing pigeons for a living and she enjoyed life on the ranch, but, as the cast insists in the trailer, there is more to Oklahoma than rural, bible belt, regressive conservatism and bigotry. In fact, Jennifer seems to be the most politically motivated of them all, based on the looks of her Instagram.

In the trailer, she mentions that Oklahoma is typically associated with "people that voted for Bush twice and Trump for real." Her Instagram, however, is the exact opposite. It's stuffed with "I'm With Her" photos, Joe Biden memes, nostalgic Obama posts, expletive-printed Trump paraphernalia, Gay Pride OKC pictures, and even a shot of her and Bill Clinton together!

She also made the trek up to Washinton, DC this past January to participate in the Women's March in protest after Donald Trump's inauguration. But Jennifer is quite the traveler when it comes to vacationing for pleasure, too. In the last year, alone, she has photos from trips to Capri, Santa Fe, and Cozumel with the whole family. Basically, Jennifer looks like the rad, liberal mom you'd be dying to befriend, which, in other words, means she's tailor-made for Bravolebrity status.