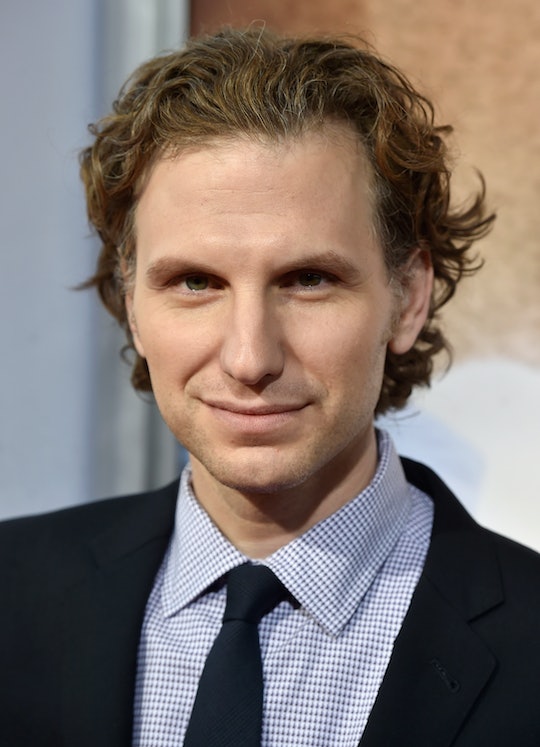 Who Is John Carlyle on 'House Of Cards' Season 4? Lucas Goodwin Has A Whole New Identity

So that opening of Season 4 of House of Cards, right? After a dry spell without erstwhile political reporter Lucas Goodwin on House of Cards, he's back with a bang. A seriously awkward, uncomfortable bang in that first scene. But a bang nonetheless. He is telling a... er, provocative bedtime story to his cellmate, a convicted murderer who seems to have established a rapport with Goodwin. It turns out Lucas Goodwin — now John Carlyle in Season 4 — is informing on this particular prisoner and with a major goal in mind — a get out of jail free card.

Lucas Goodwin was a sight for sore eyes during Season 3. Fans of House of Cards missed his particular brand of naïveté and his altruistic heart of gold that got him in trouble time after time. Remember when Lucas was framed for cyber-terrorism by Gavin and (by extension) Doug Stamper? All because Lucas, an editor and political reporter, got a little upset — and a little nosy — when his girlfriend Zoe was killed in Season 2 and he had the audacity to actually try to find answers. Some guys just can't let go, right? How dare he try to avenge Zoe's death.

Now, we find Lucas languishing in jail, telling sexy bedtime stories to his cellmate and keeping track of how many sweaty push-ups the guy can do while talking. He gets enough info out of the supposed murderer to feed to the Feds, and gets himself a get out of jail free card with a slight twist — say "goodbye" to Lucas Goodwin, and say "hello" to John Carlyle.

Somehow I don't think John Carlyle, the new identity of Lucas Goodwin who informed on his fellow prisoners for his freedom, is going to have the same sort of life that high-profile Washington, D.C. reporter Lucas Goodwin once enjoyed. After being released from jail, he gets dropped off at a pretty lame motel, is told to keep a low profile and not be too quick to make friends (although the agent in charge does remind him not to be "too weird about it," whatever that means). and is told to ride the bus.

Now Lucas/John is out of jail, which begs the question... Will he be looking for revenge? Against Doug? Against President Underwood?

Judging by his interview with the Feds, it seems that Lucas/John is terrified of Frank Underwood. Even when the agents in question tell him that the President won't be able to find him, he can't relax — maybe this is because he's scared Frank has a vendetta against him, or maybe it's because Lucas has a plan of his own. Something tells me he's willing to act on his emotions, no matter the sacrifice.