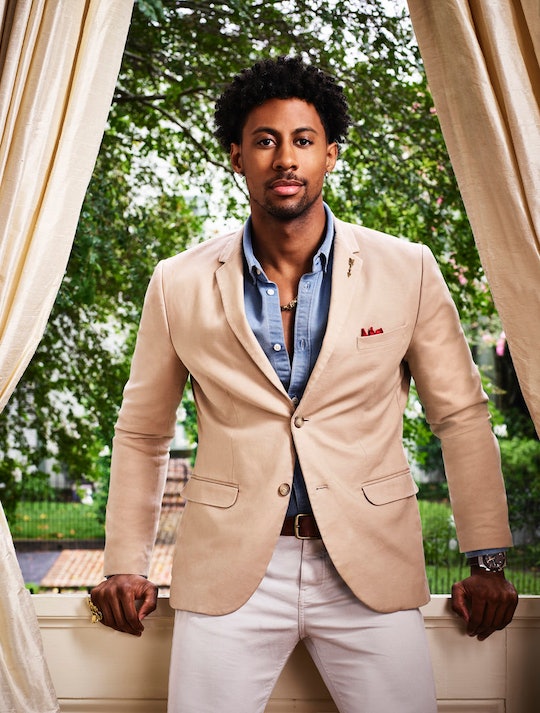 As long as Bravo keeps churning out reality TV shows, I’m pretty sure we’re all going to keep tuning in. But besides all of the drama and glamour that comes with these shows, the casts are what really make them what they are. This also goes for the newest Southern Charm spin-off, set to premiere on April 15 at 9 p.m. ET. The cast definitely seems like an interesting bunch, but who is Jon Moody on Southern Charm New Orleans? He might be one of the cast members who has swagger for days, but he’s also a talented artist who seems to be all about using his artistic skills to bring awareness to important social issues.

Because of his large and small scale murals of not only celebrities, but of people depicting the injustices in America, he’s garnered attention from all over. Jon has rubbed elbows with celebrities while holding their intricately done colorful portraits and he even received a letter from former Vice President Joe Biden. In the letter, Biden thanked Jon for his work as an artist and urged him to continue using his work to continue and try to change the world for the better.

According to his personal website, Jon is also an athlete. He went to the Savannah College of Art and Design, for both a Master of Arts in Painting and a Bachelor of Fine Arts in Visual Effects. During his time at college, he ran track, but he’s still very much an athlete out in the real world. And Pepsi included him in a commercial celebrating athletes and artists. In the commercial, there are shots of Jon jogging and painting interchangeable with his voiceover talking about how he’s embraced his artistic abilities to try and “"the world in a unique way."

He also revealed in the commercial that he had an interest in drawing and painting from a young age, but where he couldn't use it as an outlet, he used sports. Though in the end, he realized that expressing himself through his creativity has given him more of a chance to put his thoughts and feelings out there.

That whole rubbing elbows with celebrities thing is no joke, though. While you can commission Jon to work on a project via a form on his website, he’s also created one of a kind pieces for all kinds of celebrities, including Cardi B, Snoop Dogg, Mary J. Blige, and Anthony Anderson.

If you want to buy one of his paintings in print form, you can also do that on Jon’s website. You can buy prints for as low as $28 and up to more than $100, but in some cases, they come already framed for you to hang. Some of Jon’s work has been featured at NAACP events and also on the Fox drama Empire, so he’s kind of a big deal. According to The Advocate, Jon also worked with Disney to create a promotional poster for the recently released Black Panther movie, which was just another major accomplishment for the young artist to add to his growing resume.

Judging by the promos for the newest Southern Charm spin-off, Jon probably knows how big of a deal he is, but he definitely deserves all of the recognition he gets. He’s only been out of school for a couple of years, but he’s managed to make quite a name for himself while also making artwork that means something important to him and his many fans. On the show, it might seem like he’s just a typical, fun 20-something guy, but it’s clear that there’s so much more to him.