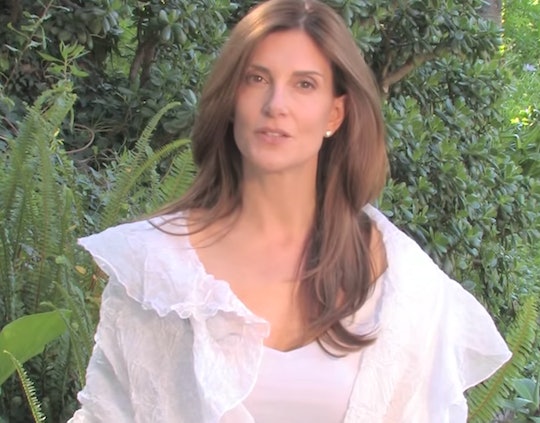 Who Is Karena Virginia? The Yoga Instructor Is The Latest Donald Trump Accuser

The list includes a receptionist at Trump Tower, a People reporter, a onetime Celebrity Apprentice contestant, and several more. And on Thursday, yoga instructor and lifestyle coach Karena Virginia became the 13th woman to accuse the Republican presidential nominee of sexual misconduct, according to The Daily Beast. Donald Trump has vehemently denied each of these claims, even saying that some of these women aren't attractive enough for him to have allegedly assaulted or touched. But their numbers are swelling steadily since a leaked 2005 video of him bragging about grabbing women "by the p---y" and kissing them without consent went public this month, along with his subsequent public denial that he ever actually acted that way.

Virginia, now 45, held a press conference at New York City's London Hotel to recount the experience she allegedly had with the real estate mogul. Tearfully, she recounted how Trump had allegedly commented on her legs to some men he was with "as though I was an object" as she waited for a ride from the 1998 U.S. Open in Queens.

"He then walked up to me and reached his right arm and grabbed my right arm, then his hand touched the right inside of my breast," she claimed this week, with women's right's attorney Gloria Allred by her side. "I was in shock. I flinched."

Discredited political operative Gloria Allred, in another coordinated, publicity seeking attack with the Clinton campaign, will stop at nothing to smear Mr. Trump. Give me a break. Voters are tired of these circus-like antics and reject these fictional stories and the clear efforts to benefit Hillary Clinton.

Romper also independently reached out to the Trump campaign for comment but did not immediately hear back.

Virginia's official website labels her as a inspirational speaker, spiritual guide, miracles counselor, and a certified healer in addition to a yoga teacher. Her bio advertises her mission to encourage others to "connect powerfully with their personal truth through love, compassion, inner beauty and radiance" and her "sensitive and profound love for humanity."

"She lives her life as a vessel of healing and joy and believes that every encounter is an opportunity for the everyday miraculous to blossom into existence," the bio reads, adding that she has two children, lives in a New York City suburb, and her teaching subjects include yoga, fulfillment, fertility, meditation, deep relaxation and angelic connection. Her YouTube channel explores similar themes.

Still, she said during the press conference that the alleged encounter with Trump had a lasting effect on her, causing her to feel guilty and to change the way she dressed. "Mr. Trump, perhaps you do not remember me or what you did to me so many years ago, but I can assure you that I remember you and what you did to me as though it was yesterday," she said. "Your random moment of sexual pleasure came at my expense and affected me greatly."

Romper has also reached out to the U.S. Open to inquire about these claims and whether any incidents were reported to staff at that time, and has not yet received a response.

With less than three weeks to go until the election, it's definitely possible that more Trump accusers (and perhaps even accusers pointing to President Bill Clinton, like Leslie Millwee, who spoke out this week) will come forward. Virginia has joined an unenviable sisterhood by doing so, all in the hope of showing the country who she and many others believe Donald Trump, the man who wants to be the next president of the United States, to be.