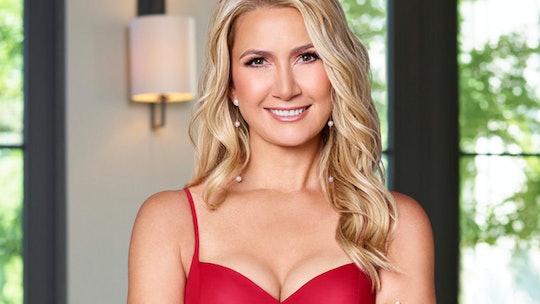 Yep, Eduardo & Kary Brittingham On 'RHOD' Will Make You Believe In Love Again

Cary Deuber may have stepped down as a main cast member on The Real Housewives of Dallas, but there's already a new Cary — I mean, Kary — coming to town. In the Season 4 premiere airing Sept. 4, Bravo will introduce viewers to Kary Brittingham. And as with all new Housewives to the franchise, fans are curious to know everything, including the details on her family. So who is Kary Brittingham's husband on RHOD? Eduardo Brittingham has been married to the emerging reality star for about a decade.

Kary has been married twice, according to her Bravo bio. She has three children with her ex-husband, and she shares one daughter with her current husband, Eduardo, who is the founder and CEO of Tu Familia Inc., per his LinkedIn. For the most part, the entrepreneur seems to keep his life sheltered away from the public eye. Eduardo's Instagram profile is set to private. However, fans can still see him on Kary's feed from time to time. And on April 4, the new Housewife posted a photo to celebrate her 10th anniversary with her husband.

"Happy 10 year anniversary baby," Kary wrote on Instagram. "Wow we made it ❤️ it has been a roller coaster with ups downs twist and turns but I would not change a thing. With every low there is a high and many learning opportunities. Love you ❤️."

Although the social media post about Kary and Eduardo's anniversary was filled with nothing but smiles, it seems Kary's arc on RHOD Season 4 will show a new side to their relationship.

"Me and Eduardo both have been married before, and we both have gone through divorces," Kary said, per Entertainment Tonight. "We met through a mutual friend, we’ve been married almost 10 years. When we started dating, we had crazy chemistry. We would go to a bar and we would be having sex in the bathroom! But after 10 years, sexy time is not the same and keeping a marriage fresh is just… a lot."

And while Eduardo and Kary will be working hard to keep the spark alive after a decade of marriage, Kary will also be dealing with the other Housewives. As it turns out, not everyone is pleased with the new addition, and the fourth season will bring on fresh drama between Kary and LeeAnne Locken.

"Yeah, the new girl and I are not friends… or friendly," LeeAnne shared with ET. "She believes she's an alpha, and we all know I am. So, in her mind, I think it was, come in and take the old alpha out and show me how to do things the right way and ‘the best way,’ her way. And I'm just not big on doing things other people's way."

Love her or hate her, it looks like Kary's casting in RHOD Season 4 will shake up the Bravo reality series in wildly unexpected ways. Regardless, Kary tries to stay true to herself.