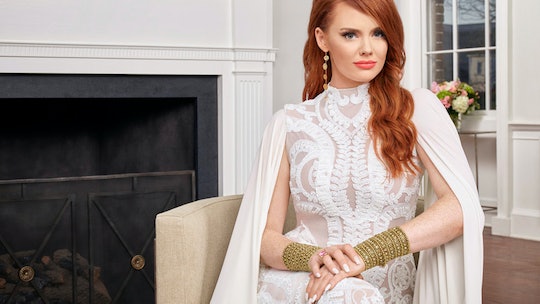 Fans of Bravo's Southern Charm might remember Kathryn Dennis' rocky relationship with Thomas Ravenel, but it looks like the reality show star has a new beau in her life. Although Dennis' new boyfriend hasn't made an appearance on Southern Charm just yet, the reality show star made her relationship Instagram official in early 2019. And TBH, I couldn't be happier for her. But who is Kathryn Dennis' boyfriend? Southern Charm reintroduces Hunter Price to television lovers everywhere.

As Walt Disney would say — it's a small world after all. Turns out, Price has been on a reality series of his own. The 26-year-old country singer and songwriter was on Season 13 of America's Got Talent. Sadly, the Price was eventually eliminated during the Judge Cuts round.

In a clip courtesy of the NBC series, the musician showcased his country music talents. However, per Howie Mandel, Price's song choices were a mistake.

“On this show you have an opportunity to go viral and that song did the opposite of that, which is frustrating because I do like you," Simon Cowell said following Price's audition.

Nonetheless, the reality competition star has continued to pursue his music career. According to Price's Instagram profile, the Georgia native is now an unsigned artist in Nashville, Tennessee.

Although Price's America's Got Talent aspirations didn't exactly pan out, he did find love with Dennis. On Jan. 18, the Southern Charm star confirmed her relationship with Price by sharing a sweet black and white photo, captioned with a black heart emoji. When a fan asked who the man in the photo was, Dennis responded with "my person." Since then, Price and Dennis have been inseparable on social media. And it's just as adorable as you think.

On Instagram, Dennis posted an adorable video with Price singing in the car. "Watching you is all that i can do😏🖤 #mycountryboy," she captioned.

Just two days later, the reality star then shared a photo of herself gazing into Price's eyes. "Didn’t think I’d smile like this again but there you are," she gushed.

And now, it looks like the couple is still having some fun. In a recent picture, Price is seen dancing with Dennis. "Cause I don’t care, when I’m with my baby, yeah," the musician wrote.

In the May 8 episode of Watch What Happens Live with Andy Cohen, the Bravo star confirmed the timeline of her relationship with Price.

Dennis shared that the two began dating in January after meeting on New Year's. The mother of two also mentioned that her new boyfriend has already met her children and her ex.

"It was extremely awkward," Dennis explained. "Thomas knows who [Price] is, and so he walked up to him and said 'Who are you? Oh, nice to meet you.' And that was it. It was at Kensington's birthday party and that was that."

During the segment, a fan also asked if Dennis and Price will get married in the near future.

"Everything is great between us," Dennis said. "But there are no bells ringing anytime soon for me."

From his time on America's Got Talent to his relationship with Dennis, it seems that Price has had quite the journey thus far. And although fans might be a little sad to hear that the couple won't be getting married anytime soon, Dennis and Price have only been together for a few months. So there's still plenty of time for their love to blossom.