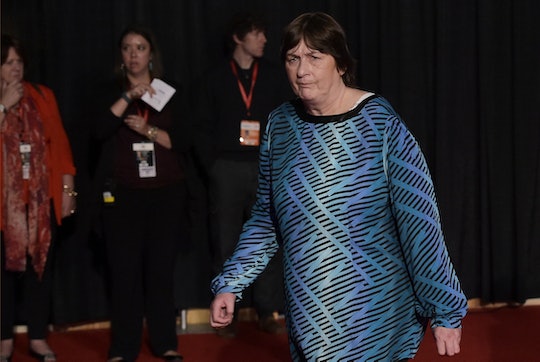 Who Is Kathy Shelton? Donald Trump Brought Her Into The Spotlight

One thing is certain: Republican presidential candidate Donald Trump is not a fan of being put on the defensive. While Trump has seen possibly the worst week of his campaign, during the second presidential debate Trump mentioned Kathy Shelton, a woman who alleges that she was raped as a child in Arkansas. So who is Kathy Shelton? She maintains that Secretary Hillary Clinton ridiculed her as a child victim of rape and that "she is not for women." And Trump is using her account to defame Clinton during the second presidential debate in St. Louis.

Shelton was a 12-year-old girl living in Arkansas when she was allegedly raped by a 41-year-old factory worker. Hillary Clinton was charged as public defender for her alleged rapist, Thomas Alfred Taylor, in 1975, according to ThinkProgress.com. At the time, Clinton had her client's charges reduced to "unlawful fondling of someone under 14." Shelton, now a 54-year-old woman, still resents Clinton to this day, and has joined Donald Trump in accusing Clinton of not being genuine in her defense of women and children. She took to Twitter to refer to herself as "Hillary Clinton's first victim," and told The Daily Mail:

I don't think [Clinton's] for women or girls. I think she's lying. I think she said anything she can to get in the campaign and win. [If she was an advocate for women and children], she wouldn't have done that to me at 12-years-old.

According to The Daily Mail, Shelton alleges that Clinton accused her as a young girl of "seeking out older men," forced her to go through aggressive court-sanctioned psychiatric exams, and had her determined "mentally unstable."

An audiotape that was recently discovered regarding Shelton's case was especially damning for Clinton, as she can reportedly be heard laughing about the case, indicating that she felt her client was probably guilty as well as saying that his ability to pass a lie-detector test "forever destroyed her faith in the polygraph." Romper reached out to Clinton regarding the things heard on the tape, but did not hear back at the time of publication.

While Kathy Shelton's case is more than 40 years old, it clearly resonates with a central issue in Clinton's campaign; that she is a strong advocate for women and children. After all, Clinton rather famously said; "Women's rights are human's rights and human's rights are women's rights," a saying that has become something of a slogan for the feminist movement. It's hard to reconcile the image of hardworking, women's rights advocate Clinton with the "cold-hearted woman laughing at a young rape victim," that Trump is trying to paint.

But do you know what else is hard to swallow? Donald Trump trying to use the case of Kathy Shelton at the 11th hour to win an election.