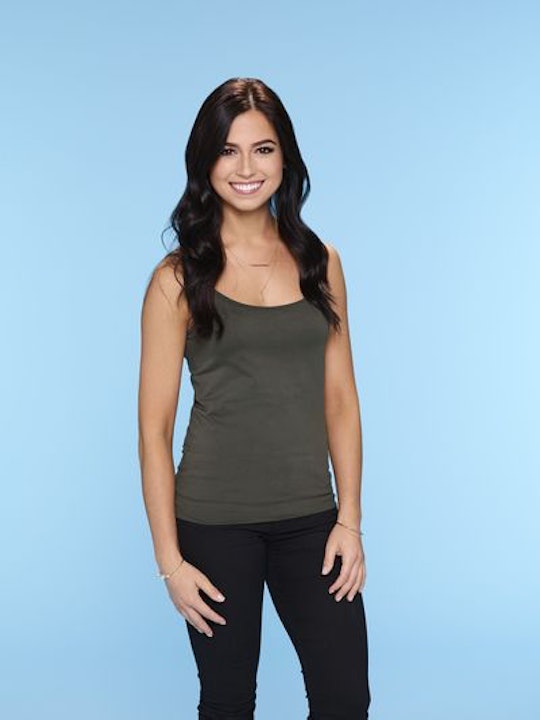 Kristina Opened Up To Nick In A Big Way

Even though it's Week 6 of The Bachelor Season 21, there are still plenty of women who viewers are unfamiliar with. That could be because contestants like Corinne and Alexis, a.k.a. Shark Girl, have gotten the most screen-time, but suddenly Kristina received a one-on-one with Nick and he was instantly smitten. So who is Kristina from The Bachelor? When she opened up to Nick, she made a big impact, and rightfully so. On every season of The Bachelor there are the women who are more light-hearted or there for comedic value, while there are a few sprinkled in who are very real with real stories to tell about their lives and that latter is where Kristina falls.

Although she was adopted by an American family at the age of 12, Kristina told Nick her story of living with a neglectful mother before spending several years in an orphanage, where she grew close to pseudo siblings and one sister who she left behind when she came to America. As she told her story to Nick, you could see a connection starting to spark between them for seemingly the first time and if fans didn't know who she was before, they likely do now. And the same goes for Nick, who gave her the date rose without hesitation.

Kristina opened up to Nick about her childhood, making for an emotional date and an open and honest conversation between them. “We didn’t have any food necessarily growing up,” she said. “I remember the cupboards being bare, and I remember eating lipstick."

The Kentucky dental hygienist comes from an adoptive family of eight kids, so she's no stranger to the big family vibe that Nick is also a part of and even though she has a heartbreaking familial history of her childhood, she is one of the most reasonable and real women this season on The Bachelor.

After such a rough start to her childhood and having the weight of the decision to accept a new family to leave her home country with, you would never guess that Kristina is that same little girl. She was able to tell her story and open up to Nick and that took a lot of courage to do. Now, fans can only hope that Kristina opening her heart to Nick will pay off in the long run and afford her the ability to go even further this season.

Not only because she opened herself up to him and deserves it, but because she's easily one of the most genuine women on the show right now.