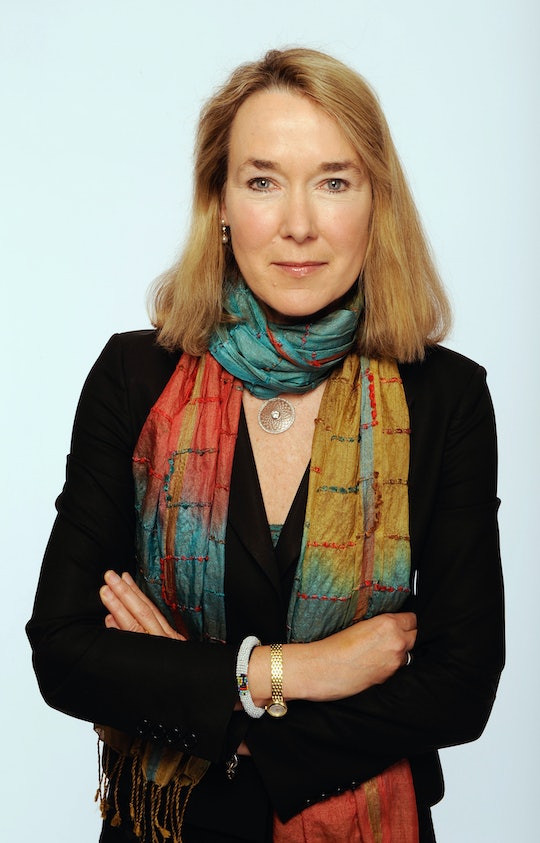 Everything You Need To About Leslie Cockburn, Olivia Wilde's Mom Who's Running For Congress

Olivia Wilde is an actress I've come to recognize as much for her advocacy as her work in front of the camera. She's an outspoken political activist who never seems to shy away from controversy in the face of defending what she believes to be right. I mean, who can forget her "Impeach Trump" Christmas sweater? And she had to get it from somewhere, and it seems she had an excellent example to follow: Leslie Cockburn. If you're wondering who Leslie Cockburn is, she's Olivia Wilde's mom. And she's running for Congress in Virginia.

Cockburn is running as a Democrat in the 5th District of Virginia, as Wilde told People at a recent event. She is hoping to take over the seat vacated by Republican representative Thomas Garrett in May. And apparently she might have something of a run for her money. "It’s a deep red district. But she has already worked so hard on it that it’s now a neck-and-neck race between her and the Republican nominee,” Wilde told People.

Despite the district's history of voting Republican, according to CNN, Wilde told People she believed her mom stands a real fighting chance in the election because there are a lot of "progressive people living in the area." According to Wilde, as she told the publication, they simply haven't had someone to represent their values in Congress. She's clearly hoping that's going to change in the next election... when her mom becomes a Congressperson.

But what do we know about Leslie Cockburn?

She Loves The Country Life

Cockburn and her husband Andrew bought a farm in the wilds of Rappahannock County in 1999, and they've been loving it ever since. According to Cockburn's campaign website:

For nearly two decades, I’ve owned a farm in Rappahannock County. I’ve planted hundreds of trees, watched my daughters get married there, and wondered at the beauty of the Blue Ridge. I have fought for land conservation so that our farms can thrive. I have fought power lines and pipelines and uranium mining, challenging the outside corporate interests that want to exploit the 5th district and leave the mess behind.

Clearly being in nature agrees with her, as her daughter Wilde wrote in a birthday post this year:

Happy birthday to my brilliant, beautiful, badass mother, who always chooses the path less taken, especially if it leads to a super long, strenuous hike up hill, and isn’t actually a “path” because those are boring and she’d rather off-road. She’s running for Congress in VA this year because she’s brave as hell, and genuinely gives an F about this country.

Before deciding to run for Congress, Cockburn had a prestigious career in investigative journalism that spanned 35 years. According to her official website:

Leslie was a producer for CBS News 60 Minutes, a correspondent for PBS Frontline, a Ferris Professor of Journalism at Princeton, a writer and author, has won two George Polk Awards, two Columbia Dupont journalism awards, and the Robert F. Kennedy Award. She has covered the major issues of our time, from the financial meltdown to nuclear weapons, from radical jihad to the drug cartels. She covered the wars in Afghanistan, Iraq, Somalia, Colombia, Cambodia and Central America.

With that sort of career, what made her decide to go into politics? Apparently President Donald Trump. As Cockburn explained in an essay for Vanity Fair, she believed that the American people would "lose their voice" under the Trump administration. "...But now the Trump administration was busy shredding the institutions that permitted dissent. And once the damage was done, it would be hard to repair. There were plenty of governments around the world, run by oligarchs and kleptocrats, to prove it," as she wrote for Vanity Fair.

And so she decided to run.

... And Also Won An Emmy As A Filmmaker

In 2009, Cockburn won an Emmy for Best Documentary by or About Women for her film American Casino. The movie was about the mortgage subprime crisis. According to IMDb, she also won an Emmy for Outstanding Background/Analysis of a Single Current Story - Segments in 1999 for her work on 60 Minutes.

She Wants To End The "School-to-Prison Pipeline"

Cockburn has some pretty clear ideas about criminal justice reform, and one issue she's particularly concerned about is unnecessary incarceration. Something she believes goes on far too often in the state of Virginia, as she noted on her website:

Virginia schools refer more students to law enforcement in the “school-to-prison-pipeline” than any other state. Although not all of those students go to court, the trend of turning to police rather than just a visit to the principal’s office is a disturbing trend.

She wants to work with the federal government to improve the criminal justice system in Virginia by promoting "smart, safe" reforms to stop jails from filling up with people who are simply too poor to pay their bail, as she notes on her website.

If Cockburn is elected to Congress, it will be a good day for women. She wants to protect the Affordable Care Act, make sure all women have access to affordable contraceptives, decrease the pay gap, and ensure retirement security for women.

She Stood Strong Against Hate During Charlottesville Protests

Last August, when white nationalists descended on Charlottesville, Virginia to rally and caused violence to break out, according to People, Wilde shared a message from her mother on Instagram. She called the actions "unvarnished Nazism" and encouraged people to support businesses run by minorities as something of a counter-measure.

Leslie Cockburn is a mother, a grandmother, and a wife. But she's more than that. She's a passionate woman who wants to affect change in this country. And what's better than that?