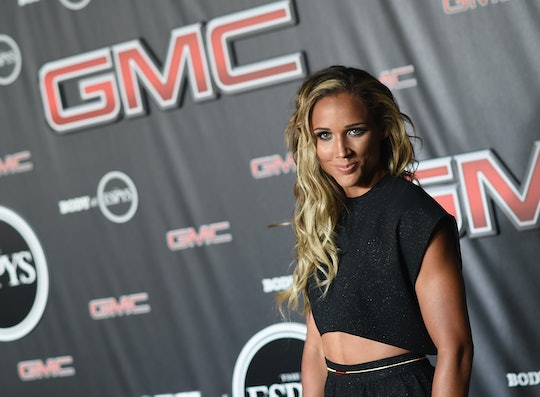 From politicians to actors to reality TV stars to athletes, this season of Celebrity Big Brother will feature quite the group of celebrities. One competitor who is already gaining buzz is Lolo Jones, who may sound familiar to fans of the Olympics. But not everybody may be familiar with who Lolo Jones is.

Lolo Jones is an Olympic hurdler and bobsledder. Yes, you read that right. That means she has competed for Team USA in both the summer and the winter Olympics. A three-time Olympic athlete, Lolo started her athletic career competing as a hurdler, a track and field event in which competitors run and jump over barriers as fast as they can. Lolo's first Olympics was the 2008 games in Beijing, where she was favored to win gold in the women's 100m hurdles. As the NBC Olympics archived website explained, Lolo's foot got caught on one of the hurdles, which slowed her down and put her in seventh place. "I usually hit a hurdle maybe twice a year. It just sucks that it happened in the most important race of my life," she said at the time, as per NBC.

In 2011, Lolo had spinal surgery, and a year later, she qualified for the 2012 Olympic games, as per the USA Track & Field website. Unfortunately, she did not score an Olympic medal in 2012, either.

Lolo continued to compete in other hurdling competitions — but in 2012, shortly after the summer Olympics, she shifted her career in a new, much colder direction when she was named to the U.S. national bobsled team. As explained on Biography.com, Lolo competed in the 2014 Olympics in Sochi as a bobsledder, but she did not medal.

Even though Lolo does not have any Olympic medals, she is still a well-established and successful athlete and Olympian in two very different sports — so it's no surprise that Celebrity Big Brother asked her to join the show this season.

"How far am I willing to go to win? Well, normally I play by the rules, but maybe it's time for me to get dirty," Lolo said in a video for Celebrity Big Brother on Twitter. And in an interview with ET Canada in mid-January, Lolo revealed that she was a huge fan of the first (and only other) season of Celebrity Big Brother. She even joked that she was watching the show so much that it was getting in the way of her training.

And Lolo will be in good company this season, as she's not the only Olympian moving into the Big Brother house. Olympic swimmer Ryan Lochte will also be there, as well as two other athletes: Natalie Eva Marie, a WWE wrestler, and Ricky Williams, a former NFL player. Other people moving into the house include Jonathan Bennett (Mean Girls), Dina Lohan (mother to Lindsay), Tamar Braxton (of the Braxton family), Joey Lawrence (Blossom, Melissa & Joey), Kato Kaelin (witness from the O.J. Simpson trial), and Tom Green (comedian), according to ET Online.

Each competitor will be paid a flat rate of $100,000, as per TMZ, and the winner will take home $250,000. According to CBS, Lolo's season of Celebrity Big Brother will debut on Monday, Jan. 21 at 8 p.m. on CBS, and episodes will air multiple times a week. Hopefully Lolo's Olympic training combined with her knowledge of last season will help take her to the top!