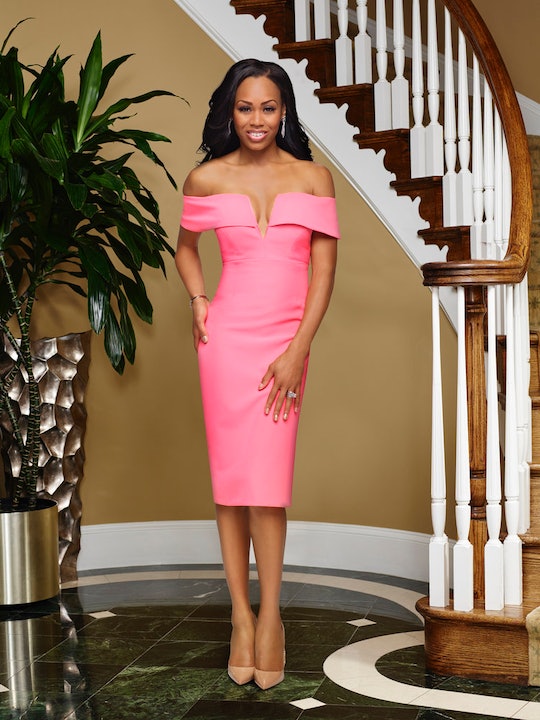 Meet The Newest Member Of 'RHOP'

A year ago, you might not have known too much about Potomac, Maryland, but thanks to The Real Housewives of Potomac you probably now know that the women of that town can be just as ruthless, dramatic, and fabulous as those of any of the other Real Housewives franchises. And with a new season comes new blood, so fans will no doubt be asking: who is Monique Samuels On The Real Housewives of Potomac? This newcomer is yet another wealthy and affluent resident of the area who will likely have a lot to talk about with the other sports player’s wives of the show.

Monique married former Washington Redskins player Chris Samuels in 2012 and the couple has two children, Christopher and Milani. Even though Chris retired from the NFL in 2010, Monique boasts in the promo for Season 2 of RHOP that they still maintain four family homes, one of which they use to rent out to other NFL players. But the mom of two holds her own when it comes to the family’s finances, as she’s currently working toward her business degree from the University of Alabama and runs her blog, Not for Lazy Moms.

Monique is also responsible for her husband’s business, which include CRS Real Estate, the Chris Samuels Foundation, and Chris Samuels Enterprises. So yeah, she's clearly a woman of many versatile talents who will make an excellent addition to the show.

As the oldest of three siblings, Monique was raised learning how to work on cars and fish, the latter of which she suggested she and Chris do on one of their first dates. In a RHOP promo she posted on her Instagram page, Monique quotes herself as saying, “I may be rough around the edges, but baby, so are diamonds,” so if any of the overly dramatic women of the show come at her, I think she’ll be just fine giving it right back to them.

One of the coolest things about Monique though is that, apparently, she’s a mom first and foremost. She might go on weekly spa outings, but she’s also a loving parent along with Chris, who make their kids a priority.

According to Bravo, Monique is also super generous with the money she and Chris have (he has a reported net worth of more than $18 million, by the way). If a friend needs a loan, the couple are quick to give it to them as a donation with the understanding that it's a one-time thing, but never to be paid back. Can I be their friend too?

Season 2 of RHOP premieres on Bravo on Sunday, April 2, and while Monique doesn’t yet seem like an over-the-top cast member, give her some time to be around the craziness. She could end up being your favorite of the bunch!