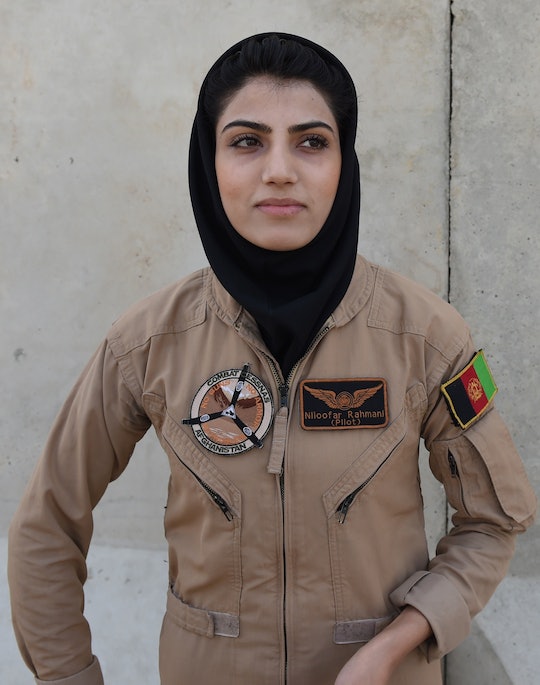 She should be the pride of her nation. One of those stories schoolteachers tell young girls to encourage them to follow their dreams, to be ambitious, to work hard and apply themselves so they can follow her example. Unfortunately, that is not the case for young Niloofar Rahmani, the first female fixed-wing pilot to fly in the Afghan military. Instead of being celebrated as a pioneer in her field, Rahmani is seeking asylum in the United States because she fears her life is in danger.

Niloofar Rahmani became a pilot in the Afghan military in 2013, at the age of 21 years old. She told CNN's Jake Tapper that it had always been a dream of hers, as well as a dream of her father's. It was an incredibly difficult dream to accomplish; Not only did Rahmani need to log over 1,000 hours of flight to secure her position (as well as other aspects of military training), she also had to fight the pervasive sexism in Afghanistan that has seen women forced to stay in the household for generations. Rahmani persevered, realized her dream — and has been living in fear ever since. She told The Wall Street Journal in 2013 that she had been threatened by the Taliban, and distant relatives for joining the testosterone-driven military force. Her eight-member family has had to go into hiding for fear they would lose their lives.

Capt. Rahmani has been training in the United States for the last 18 months, and has officially applied for asylum to stay in the country, according to her attorney, Kimberly Motley. She no longer believes it would be safe for her to live in her own country. According to Motley, Rahmani's life would almost certainly be in danger if she were to return to Afghanistan:

It’s like a witch hunt. The angry responses that she and her family have received in Afghanistan further confirms that her life would be in danger if she were to return.

The U.S. State Department acknowledged the dangers she could face if she were to return home last year when Rahmani was honored with an International Women of Courage Award. First Lady Michelle Obama praised her at the time, saying, "Rahmani is as committed to encouraging other young women to follow in her footsteps now as she was as an 18-year-old dreaming of flight school."

While attorney Motley described Rahmani as "a shining light for women, for immigrants, for Muslims around the world," the Afghan military has had some harsh criticism for her. Gen. Mohammad Radmanish told CNN that he felt she had "lied by saying she was threatened, just to win her asylum case."

For her part, Capt. Rahmani sent out a plea to President-elect Donald Trump to consider her asylum case during an interview with CNN:

I understand the problem with ISIS and the people who say they're Muslim, and doing this by showing the world how bad Muslims are. Unfortunately, as a Muslim Afghan female, I always try to fight against ISIS.

Whether or not her plea will fall on deaf ears remains to be seen.