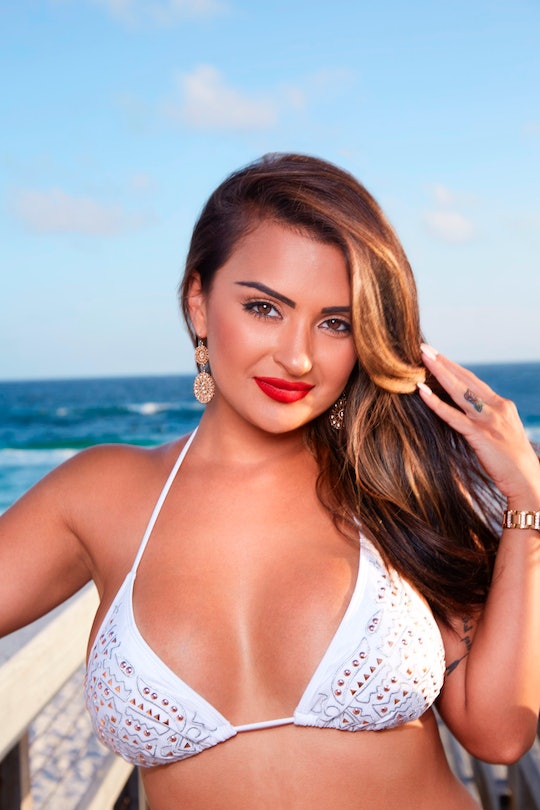 When MTV Floribama Shore premieres on Monday night, there are going to be a lot of questions. Like, how close to the original Jersey Shore is this going to feel? Also, will there be a return of the famed Jersey Shore duck phone? But more importantly, fans will probably be wondering about the cast itself. So who is Nilsa Prowant from MTV Floribama Shore? The makeup artist found a new family with her co-stars and at the end of the day, isn’t that what these reality TV shows are all about? Well, to be fair, they’re also about watching really good looking people party and start relationships that are both adorable and terrible for them, but you can’t have one without the others.

In fact, when it comes to Nilsa, apparently Season 1 of MTV Floribama Shore will include something of a love square. As it says of the 23-year-old in her MTV.com bio, "She’s anxious to sow some wild oats this summer, but quickly finds herself in the middle of a "love square" with three other roommates. Safe to say Nilsa is going to be at the center of whatever is blowing up in the house." At this point, who isn’t completely intrigued with the Panama City Beach native?

As to be expected, Nilsa’s Instagram page is full of promotional pictures and videos for MTV Floribama Shore, but in her captions, she’s written how the experience in filming Season 1 has really impacted her in real life. Under one video sneak peek from the new MTV reality series, Nilsa wrote: "Part of becoming a family means opening up and spilling it all out on the table.... so thankful this family had their arms wide open for me."

Before she agreed to be part of the first Shore show in the United States since the original, Nilsa worked as a makeup artist in Panama City Beach. But if you look on her actual Facebook page, the link to her former makeup Facebook profile no longer works, so it’s unclear if the MTV Floribama Shore star is still working as a makeup artist in any capacity. Though officially, Prowant’s Facebook profile lists her career as both a makeup artist and photographer. And judging by her Instagram photos, she definitely knows how to get all of the right angles with perfectly contoured makeup lines.

There are also some professional looking photos on her Instagram, so it’s not totally out of the realm of possibilities to assume that Nilsa does some modeling on the side too. But, probably the most important thing about Prowant is her love of pizza and her exclamation on Instagram that "pizza is life." That’s probably enough to make her my favorite cast member so far, so when MTV Floribama Shore premieres Monday night, she’s definitely going to be one to keep an eye on. Since she reportedly gets involved in a love square, it’s also safe to say that Nilsa is currently single and going into a vacation house in a setting like this, you kind of have to be.

Aside from the romantic relationships that will inevitably pop up between the housemates, though, it looks like Nilsa made a legit new BFF in fellow castmate Aimee Hall. And I am very much here for that.

As a whole, Nilsa seems like she’s always up for a good time and that she’s going to be one of the fun-loving roommates this season. And since she seems to have made a surrogate family from the rest of the MTV Floribama cast, she’d likely be more than happy to return, should the reality show get picked up for a second season. And if the previews are any indication of how the first season is going to be, then fans will no doubt want her back for more reality fun.