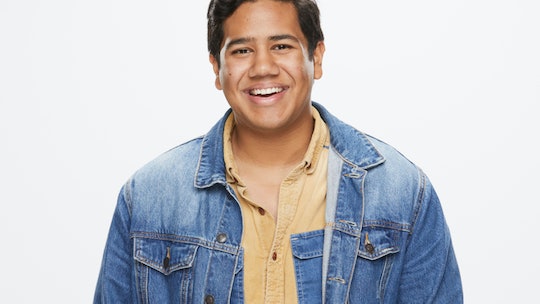 I can't imagine summer without bonfires, barbecue, and of course, Big Brother. Returning with its two-night Season 21 premiere on Jun. 25 and 26, the longstanding reality series will introduce a new cast of Houseguests as they compete for a $500,000 grand prize. As the season's start date approaches, fans are growing more curious about the 16 contestants, including the 22-year-old who described himself as "relatable, motivated, and brown." So who is Ovi Kabir? The Big Brother 21 contestant has what it takes to make it all the way.

According to Ovi's profile on CBS' Big Brother website, he is a college student from Knoxville, Tennessee. While Ovi's Twitter and Instagram accounts seem to be set to private, he does have one "Insta-famous" corgi named Mowgli. Speaking with CBS, Ovi openly admitted that being away from his dog was the hardest part of living in the Big Brother house.

"My mom and girlfriend can live without me for a while, but my dog is a little dumb and I worry that something is going to happen to him while I'm gone. But other than that, I'm not worried about much else," Ovi said.

The recent University of Tennessee graduate also revealed that living with 16 strangers actually pales in comparison to missing his beloved pet.

"I'm no stranger to living with a lot of strangers and I don't mind if we all have differing views on issues," Ovi continued. "I think that's what makes this experience so cool is that I'll get to challenge myself and get to know a lot of people that I did not know before and learn about their experiences in life. So it really comes down to me missing my dog."

"I always say that I might not be the smartest person in the room, but I will always have the smartest team," Ovi said. "I feel like Hayden did just that and brought together Houseguests in his season to help accomplish his goals and ultimately be crowned the winner of Big Brother 12."

The former UT Student Government Association president then explained that he would be evoking a similar strategy to Moss. He told CBS:

I will do my best to create an alliance of strong Houseguests that I believe will work as a meat shield for me but will also help me move my plans in motion. Though I will have a core alliance, I hope to find the Houseguests on the outskirts and talk to them about things that are not game related. I want to create a personal bond with those Houseguests because they will then trust me and be able to tell me things they might not tell to others as they do not have many allies. Moreover, it will help me with my jury management.

So the Big Brother 21 contestant will be trying out a mental strategy. Nonetheless, Ovi believes that he can be both a mental and physical threat to his competitors. In a confessional preview for the new season, Ovi explained what he's planning to do early in the game.

Summer is here and so is Big Brother 21. The new season will bring a number fresh new faces to the house, but it looks like UT's Ovi has what it takes to win it all. So cheer and fight with all your might for Tennessee.