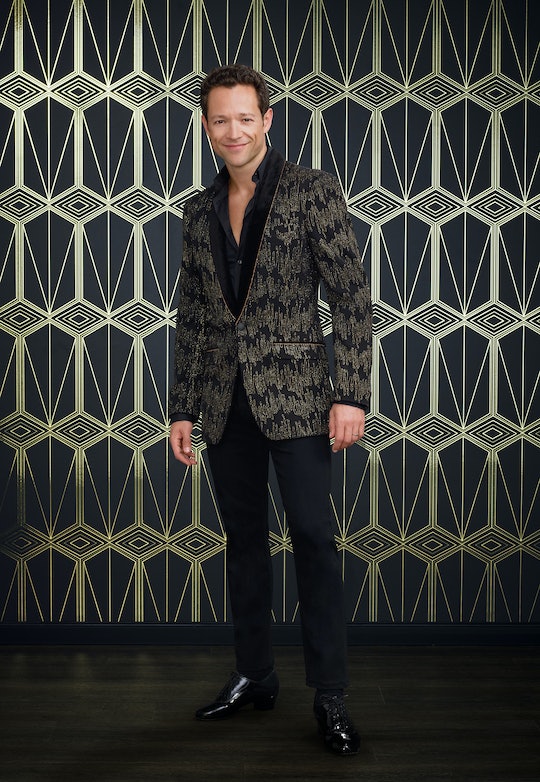 Dancing With the Stars Season 28 has fresh meat, and no I’m not talking about the 12 celebrities who agreed to subject themselves to live dance routines every week. Pasha Pashkov is a new face among the pros this season. And although he hasn't been a part of the cast before or even on the dance troupe in the past, he has plenty of experience. Still, viewers are curious about who Pasha is on DWTS.

If he’s a new face to you this season, you probably aren't alone, but Pasha has just as much professional dance experience as some of the other pros on the show and that’s really saying something. He burst onto the reality competition scene in 2007 when he competed on So You Think You Can Dance Season 3 and continued on the show as a choreographer after he proved his worth as a dancer.

But his star really began to rise when he joined Strictly Come Dancing in 2011 as a new professional dance partner. The series is the UK version of DWTS, so it makes sense that Pasha has now made the transition from Strictly Come Dancing to DWTS. He stayed on as a pro for eight total seasons and placed first in one and second in three of them. Pasha has earned his spot on DWTS.

Pasha’s love of dancing began long before reality competition dancing shows were even a thing. He started dancing at the age of eight and from there, he never really stopped. When he was 14, he moved from his hometown in Russia to continue to pursue his dream and, he told the Liverpool Echo in 2013, "I kept moving west until I ended up in America."

He explained in a 2017 interview with Dance Sport Info that although he and his family eventually moved to the US, it wasn’t because of dancing. Pasha said his father won a green card and made the move with the rest of the family. Although by this time Pasha was already showing promise as a young dancer, he didn't love the idea of moving to a totally different country.

Pasha was just 15 when he made the move to New York on his own and lived with extended family while he gained his footing as a dancer who wanted to be taken seriously. He then went to college, but still competed as a dancer outside of his studies and he went on to make a lifelong career out of dancing.

Dancing is also how Pasha met his wife, Daniella Karagach Pashkova. They are seven time US National Dancesport champions and competed as dancers for the US at the 2009 World Games. She is also slated to be a dancer this season on DWTS, and promised on her Instagram that viewers will see her in the upcoming episodes.

Dancing is basically Pasha’s entire life and everything he has done has led him to his place as a new pro on DWTS this season. Now all he has to do is make a first place dancer out of The Office’s Kate Flannery.