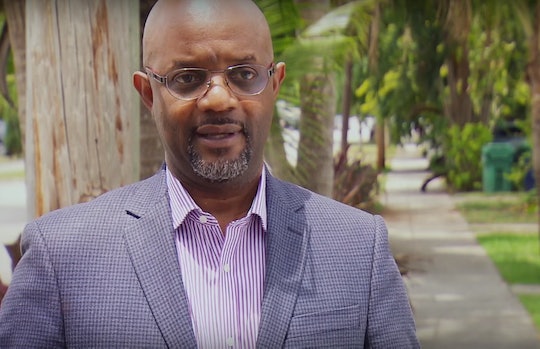 Married at First Sight has had seven seasons so far and after each one, viewers have wondered about who the new couples are in real life. But who is Pastor Calvin Roberson from Married at First Sight? He’s one part of the marriage counseling team that makes it possible for individuals to find a spouse and agree to marriage before even meeting that person. He’s more than just your average run-of-the-mill marriage counselor, though. Roberson has dedicated his life’s work to his marriage counseling organization, Marriage Ain’t for Punks, working as a pastor and life and relationship coach, and performing at public speaking events on relationships and marriage.

In addition to being the go-to expert on Married at First Sight, Roberson has also appeared on Little Women of Atlanta, Seven Year Switch, and Ultimate Staycation to give his expertise on relationships. Outside of TV, however, Roberson is just as busy. He and his wife, who’s been featured on Married at First Sight, travel to different conferences and speaking engagements, but he offers even more for fans. Roberson regularly posts videos on Instagram to answer fan questions in regards to relationship or marriage advice. That’s basically free advice from someone who’s been at work in the field for literal decades, so it’s kind of amazing.

Before Married at First Sight was even a thing, Roberson and his wife founded the Progression Church in Atlanta, Georgia, which then led to all of their different TV opportunities. He still preaches at the church today and serves as the lead pastor, but he also travels across the country coaching and counseling couples. He’s also worked for the New York Stock Exchange and was at one time the Dean of Arts at Duke Ellington School of Arts in Washington, D.C.

When he’s not spending time with his wife and their daughter, working on TV, or helping couples through in-person sessions, Roberson is also available for private bookings. You can book him for your event or organization on his website and while he doesn't come cheap, it’s a small price to pay to have the marriage guru at your disposal.

Fans who have watched Married at First Sight know some of the painstaking steps that are taken to ensure that couples are matched up correctly. But they might not know that it goes even deeper than that, and it’s thanks in part to Roberson.

"We first start with a very large group and then by the time we get to workshops, there are a number of reasons that people are eliminated first," he explained to MadameNoire. "They may have been married before. They may have children. We don’t do children. Some people may be too young or may not fit the age demographic of the show. And so that’s the big, general weeding out. And by the time we get to it, as the experts, we go through a number of tests. We do psychological evaluations. They answer a 370-something questioned questionnaire, and then after that, we sit down with personal interviews."

Roberson’s steps in the process of matching couples also involves background checks, credit checks, psychological and health evaluations, and of course personal physical preferences. So just in case you thought Roberson developed a glorified dating app algorithm, it's much more in-depth than that. And, it would seem, only Roberson could be capable of making it happen for these couples, even if not all of them work out in the end.

Whether or not the married couples stay together is dependent on them specifically and the same goes for real life couples who Roberson counsels. He obviously knows his stuff better than almost anyone else in the business, so it's really no wonder why he's one of the experts on the show.