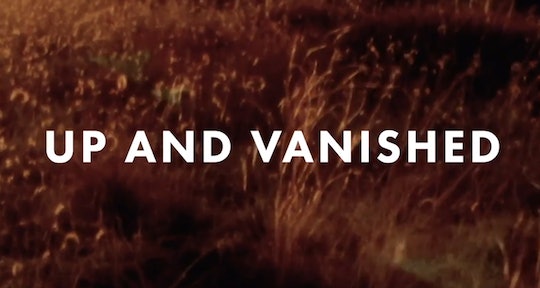 Everything You Need To Know About 'Up & Vanished's Host, Payne Lindsey

Today’s podcasts are the equivalent of yesterday’s old-time radio dramas. The kind of storytelling that causes people to tune in with expectation, and want to talk about what they’ve heard. No podcast is more talked about this fall than Up & Vanished, an investigative true-crime series that’s looking into the disappearance of a Colorado woman this season. But for all we’re learning about the subject, Kristal Anne Reisinger, less is known about that show’s personable host. So, who is Payne Lindsey, the man leading listeners on this audio hunt?

Lindsey started his career as a director and filmmaker with Tenderfoot TV, according to the Up & Vanished website. The company is one he founded with his partner, Donald Albright, as noted on the site. The first season of Up & Vanished revolved around the disappearance of Georgia resident Tara Grinstead, a case Lindsey first looked at to turn it into a documentary film project, according to the site.

Lindsey told USA Today that he went to college “for a few years off and on” but he hated it. He started making music, but said what he really wanted to do was make videos. His father cut him off when he was 23, he told the publication.

Music led to directing music videos and he eventually started gaining some success in the Atlanta music scene, but he was unfulfilled, telling USA Today:

My passion was to make movies, make TV shows. After a few years, I was burnt out and realized that unless I make something I can call my own idea, then I’m always going to be doing other people’s ideas.

He didn’t have any experience doing investigative work, but was a big fan of the true crime genre, according to Cosmopolitan. Inspired by the incredibly successful podcast Serial, he told Fox News 11, he started searching for his own true-crime story to delve into. Once he settled on the Grinstead case as a topic, he began “peeking under everything in this small town to try to find some information,” Lindsey told Good Day L.A.

He used good old-fashioned interviewing skills, telling Cosmopolitan, “I just started talking to people. That’s all I knew how to do, and that’s all I did. It just snowballed from there.”

Lindsey told USA Today that his work on Up & Vanished is the most interesting thing he’s ever done. “I didn’t know what that was going to turn out like, and it was pretty life-changing for a lot of people, including myself.” And it’s opened doors he never expected, including the chance at a development deal with Oxygen for a TV series, the outlet reported.

In the meantime, he’s using every day of his newfound success to push his career forward. Before recording Season 2 of Up & Vanished, he also produced the podcast Atlanta Monster, which focuses on a series of disappearances and murders of children in Atlanta, according to the podcast's website.

Season 2 of Up & Vanished is focused on the case of Kristal Anne Reisinger, who went missing from the small town of Crestone, Colorado in 2016. Look for it available now wherever you listen to your podcasts.