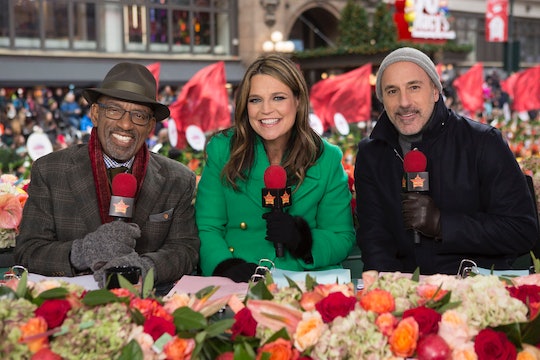 I hope no one thought that because Thanksgiving is almost here, that means the focus is going to be solely on eating. Because we all know that with Thanksgiving comes all of the prep and excitement that lead up to the other holidays that come afterward. But before it’s socially appropriate to get excited for them, there’s the much-anticipated parade. But who is performing at the 2017 Macy’s Thanksgiving Day Parade?

This year, there are tons of performers who will satisfy pretty much any taste, which is probably the point. But aside from watching the Trolls, Power Rangers, and Elf on the Shelf balloons (among many others) float down the streets of New York City, watching the many musical acts and performers at the Macy’s Thanksgiving Day Parade is what a lot of viewers look forward to most.

For 2017, some of the big names include 98 Degrees, Gwen Stefani, and Patti LaBelle, but there are plenty more to round out the three hour parade, which airs on NBC at 9 a.m. EST on Thanksgiving morning. There will also be the requisite performances by different high school and college marching bands from across the country while tons of celebrities are seen riding through the parade on various floats. So like many of the parades of years’ past, the 2017 Macy’s Thanksgiving Day Parade should have enough performers and singing numbers to hold most viewers’ attention for the entire show.

Obviously, there are going to be some performers who are more anticipated than others, but there’s legitimately nothing like the parade to get you in the mood for the holiday season. I mean, watching Elf three times a day for all of December will probably do it for you too, but the Macy’s Thanksgiving Day Parade is often a family tradition you can’t really shake.

The performers this year will make it worth your while, though and the complete list is below:

If that seems like a whole lot of talent in one parade, that’s because it truly is, with so many different singers and performers from several different genres, but that’s where the beauty of the parade truly lies. You can totally enjoy watching the floats saunter down the street with your toddler one minute, and then the next instance you're watching Stefani sing Christmas songs from her holiday album,You Make It Feel Like Christmas.

It’s also going to be something of a treat to watch 2017’s Miss America perform during the parade, as she was a national dance champion well before she earned that crown. And even if your kids or younger siblings know more of the performers at the Macy’s Thanksgiving Day Parade this year than you do, consider it a chance to introduce yourself to a new generation of music. Or, at the very least, use that performance as an excuse to take your bathroom break.

To kick things off this year, the parade will reportedly start off with a performance of "Dancing in the Street" featuring celebrity guest appearances from Harry Connick Jr., Whoopi Goldberg, Steve Harvey, Jane Krakowski, Martha Stewart, and Thalia. That alone sounds like enough reason to want to wake up early on your day off from work. There will also be Broadway performances from the musicals Dear Evan Hansen, Once on This Island, Anastasia, and SpongeBob SquarePants.

The Macy’s Thanksgiving Day Parade will probably take up much of your Thanksgiving morning, but it’s all in the name of holiday spirit, especially if it means starting a new tradition in your home. Plus, you can totally watch it in your pajamas with bed head and a mug of coffee, so there’s no real excuse to miss it.