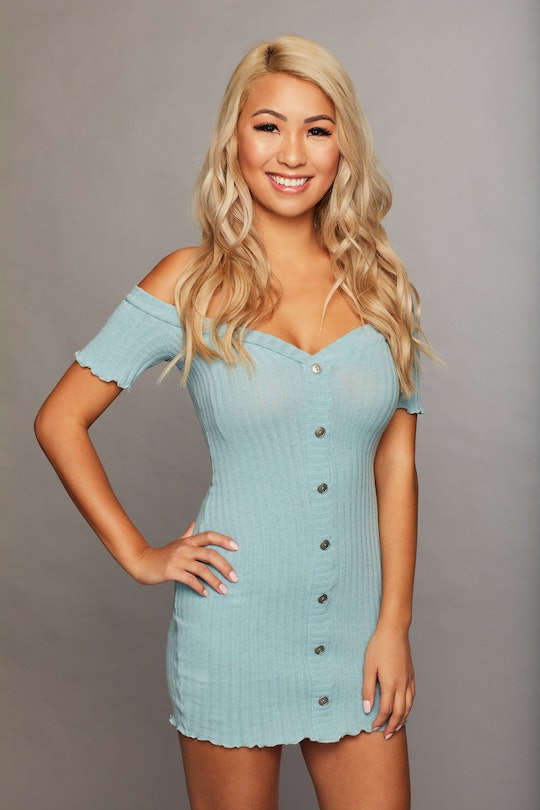 Just when you thought the Bachelor in Paradise Season 6 cast was complete, Revian arrived in time to swoop Connor off his feet. But most of her fellow cast members had a hard time figuring out who she is or what season of The Bachelor she is from. So if you're wondering who Revian is on Bacheor in Paradise, you aren't alone. Although she was sent home on night one of Colton's season, Revian is a former contestant like everyone else in Bachelor Nation and she could make a longer lasting impression on Bachelor in Paradise.

Although Revian is a new face for some Bachelor Nation stars and fans alike, Bachelor in Paradise could be where she leaves her mark on the franchise and finds someone to be with and actually get a rose from. But unlike most of the other cast members this season, Revian is still something of a mystery.

Part of the reason why you might not recognize Revian this time around could be her appearance. Whereas she had lighter hair when she appeared on The Bachelor, she changed it to the dark locks she now has on Bachelor in Paradise, which totally transformed her overall look.

It also looks like she didn't leave The Bachelor with a new group of best friends. Usually, cast members who make it a few weeks further than Revian tend to leave the show with a gaggle of new besties in tow. Because of that, Revian is even more unrecognizable to some fans.

Besides still living her best life outside of the Bachelor Nation inner circle, Revian is a nurse, according to her Bachelor bio. She also flew across the country to meet a guy she met online once, so between that and being open to The Bachelor, Revian is clearly open to finding love in all kinds of ways. I don't know if she's going to find it with Connor, but it's totally possible.

Judging by Revian's Instagram, she travels a lot and will give you serious wanderlust. So even if she isn't as prominent in The Bachelor franchise as some other former contestants, she definitely curates a similar social media presence.

Revian also has a ton of professional modeling photos on her Instagram, along with posts from concerts or music festivals. She definitely lives a full carefree life outside of Bachelor Nation, but her adventurous spirit could be what led her to Bachelor in Paradise Season 6.

Revian spoke to Access before Colton's season of The Bachelor and said that she was open to finding someone and believed it was possible to find lasting love with someone after just a few months. She also said she was going on the show for the *right* reasons.

"I'm here just to try something completely new," she said at the time. "It seems like such a fun journey and experience to do."

Obviously things didn't work out for her the first time around, but this is Bachelor Nation. Some contestants need third or fourth chances to find love. Even if Revian doesn't find what she is looking for with Connor, she could leave a stronger impression on fans and the rest of Bachelor Nation than she did after her one night on The Bachelor.