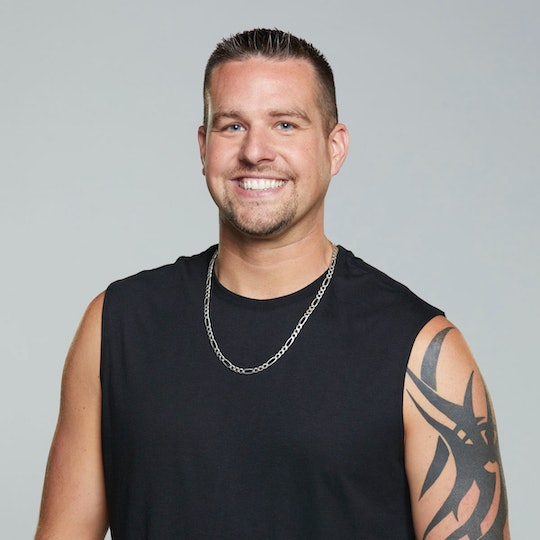 Sam Smith On 'Big Brother' Is This Season's Family Man

If there’s one thing that has stopped me from applying for Big Brother over the years (other than the omission of all technology) it is being away from my family. Though if I’m being honest, mainly my son. And it looks like Season 21 houseguest Sam Smith will have the same problem as a family man who is used to seeing his wife and two little boys every night after work. I’m sure his emotions will get the best of him early on, which will lead some fans to wonder who Sam Smith is outside of Big Brother.

He admitted during his pre-season interview with Jeff Schroeder that he will have a hard time being away from his family while filming Big Brother this season. I’m sure that potentially winning $500,000 sweetens the pot a little, but I can't imagine how hard it must already be for him to be cut off from the outside world, including his family. "You’re gonna see tears," he told Jeff. "You’re gonna see lots of tears. I was already crying yesterday."

Manipulating his fellow contestants with his emotions probably isn't his goal, but it can't hurt to get the sympathy vote from time to time, so maybe Sam’s emotions will serve him well this season.

Outside of Big Brother, Sam works as a truck driver in Pennsylvania, but he has never spent more than 12 or so hours on the road. Being across the country in a house cut off from the outside world is definitely going to be a big change from his day to day life, especially when it comes to his family. But, he told Jeff, he could really use the money. When Sam’s youngest son was five weeks old, he developed an intense dairy intolerance, which resulted in lots of hospital visits and bills that are still not paid off. Sam plans to use his prize money partly for that if he does win.

According to his Big Brother bio, Sam sees himself as "outgoing, bold, and comical." He’s probably going to need all three to survive in the house this summer, but having a little comic relief is always necessary when the game gets too intense. He also said that two of the things he would take into the house are Twisted Tea and his Yeti to keep it cold and right now, he couldn’t be more relatable for me.

It doesn’t look like Sam has any kind of social media presence, or if he does, he prefers to keep that aspect of his life private. It is clear, however, that he is a total family man. In fact, he and his wife spent years watching Big Brother together before she convinced him to apply to be a houseguest and now here he is. Hopefully he can do right by her while in the house this season.

One thing you can be sure that you won't get from Sam is an overly confident attitude. He said in an Entertainment Tonight Canada interview that the one player he doesn't want to be like this season is Swaggy C from Season 20. He said that Swaggy was way too cocky during his Diary Room interviews last season and that he plans to play a more low-key game, at least at first.

Sam also said that he tends to get easily annoyed with cocky or entitled people and while he will likely encounter some of them as fellow houseguests this season, I can get behind that. For now, Sam seems like he will bring some high energy and lightheartedness to the show, but his relationships with the other players will determine how long he lasts.